He’s about to leave Rob Ford’s City Hall office after a strained but amiable chat about this and that. At the door, he turns back.

“Just one more thing, Councillor Ford. Something I can’t get straight in my head. You know, what with the getting older, my mind’s not as clear as it used to be. But, what are you going to do?”

On Tuesday, there was a double shooting, a couple hours apart, in a building in Etobicoke. A building in Etobicoke the former mayor and now councillor for the area, Rob Ford, just so happened to be at, along with an assistant, Dave, conducting what he referred to as ‘constituency calls’. OK. No biggie. The councillor does represent a ward that is home to some of the rougher areas of the city. An unlucky happenstance, let’s call it. At the wrong place at the wrong time or whatever.

Turns out, that “Just one more thing, Councillor Ford” moment, one of the shooting victims, the non-dead one, is brother to Liban Siyad who, how does the Toronto Sun’s Chris Doucette describe him? “…alleged gang member that Councillor Rob Ford’s pal Sandro Lisi is accused of extorting in relation to the Ford crack video.”

“He wouldn’t say anything,” Councillor Ford told the Sun. “He was shot once in the shoulder and twice in the lower body. It was bad…I am in TCHC buildings a lot assisting people,” the councillor continued. “With my assistant Dave we were helping when it happened. A woman was yelling and going crazy. It turns out someone was shot. Dave didn’t hear the gunshots where he was and I didn’t where I was.

I don’t know where it happened for sure but I think it was the underground because no one heard the gunshots.”

Now look. I’m all for trying to simply turn our backs on anything and everything to do with the sad, sad Ford saga, allow the family to fade back into the well-deserved obscurity from which it crawled. But this latest turn of events goes beyond just them and their sordid little psychodrama. Sandro Lisi’s extortion trial is still ongoing. Rob Ford was subpoenaed last summer to appear at the trial. Now, he just happens to be on site at the shooting of the brother of one of the men Sandro Lisi has been accused of extorting in a bid to retrieve the now infamous video of Rob Ford smoking crack?

“You’re fucking dead and everyone on your block is dead,” Lisi was recorded saying on the day the video’s existence went public. 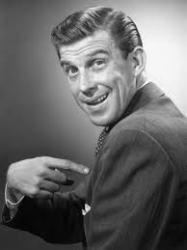 This points to a much bigger, systemic dysfunction at work beyond just one messed up family. If Rob Ford wasn’t who he was, a high profile public figure from a well-to-do-family and, I don’t know, white, how much would anyone be shrugging off his I just happened to be here claim as mere coincidence? You think, given the news potential of such salacious possibilities, this thing would be a headline news item everywhere. Yet, here we are. Another Ford quirky twist-and-turn. Oh well.

I get Ford fatigue. Let’s just move on and stop wasting ink and byte space. Yet surely, there’s more to this story than a wayward son of an errant family. Rob Ford’s continued ability to skirt around such unlawfulness in such an obvious manner takes us into much more disturbing territory, throwing into question wholescale institutional integrity, starting with, What’s a guy gotta do to get fully implicated here? Unchecked bad behaviour, especially in a public figure, leads inevitably to public cynicism.

Columbo wouldn’t let this one slide. Unfortunately, he was just a fictional TV character. Real life doesn’t always work out the way we think it should.