Sitting in the largely empty ballroom at the Cedarbrooke Community Centre in Scarborough last night for the 1st public meeting of the Toronto ward boundary review, 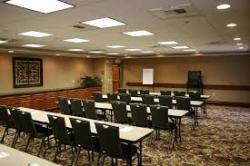 a thought struck me. How can we expect and encourage civic engagement from the general public when it’s not much in evidence from those we elect to represent us at City Hall?

I know, I know. It’s December, the beginning of the holiday season. It’s the very first community consultation. It’ll take a bit for people to warm up to the process. It’s cold and dark out there.

There we were. I counted 6 non-official attendees, tucked away in the southeast corner of Ward 38, domain of the new deputy mayor of Scarborough, the mayor’s eyes and ears on the ground there, the Scarborough warrior, Councillor Glenn De Baeremaeker. He wasn’t there.

In fact, the only Scarborough councillor present, the only member of the Executive Committee which will be tasked in shaping the new ward boundary proposals for city council in 2016 was Councillor Paul Ainslie.

And yes, there will be 2 more meetings in Scarborough this week. We were told some councillors will be conducting their own meetings with constituents. They can’t be everywhere all the time. Stop being so demanding!

It’s just… we can hardly scold the folks for not showing much interest in matters of public concern when the local leadership goes MIA. Tracing a direct line between citizen disengagement and elected representative absenteeism is easy to do.

Not like there’s anything important at stake in this process. Simply the political reconfiguration of the city for the next 4 election cycles. Let’s call it the better part of the next couple decades. As it stands currently, resident numbers per ward are horribly out of whack. The presentation last night suggested that a 10% variation in population between wards is acceptable. 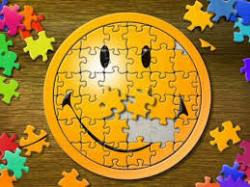 From 10-25% is tolerable in some circumstances. Right now, we have one ward that has almost double the number of residents than the least populated ward in the city. With that, it’s difficult to pretend everybody’s vote carries the same weight.

There are other issues to consider when adjusting ward boundaries. Natural and physical boundaries like green spaces, highways and railroads. “Communities of interest”, as the consultants phrased it. Keeping neighbourhoods, heritage districts, ethno-cultural groups together with the same local representation.

The process is also a moving target, projecting population growth 15 years down the road. 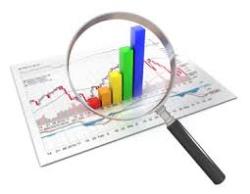 Right now estimates are for 600,000 new residents by 2031. That’s almost another entire new Scarborough of people moving within the city’s borders. And it won’t be evenly distributed either. Given the development underway and that in the proposal pipeline, downtown and midtown will see much of that growth, along with pockets in southern Etobicoke and Scarborough. This is all before factoring in not yet on the board plans like, say, SmartTrack. If it gets up and going in 7 years as the mayor has told us (I know, I know), how will it affect growth patterns?

So, you see what I’m saying that this just might be an important point in Toronto’s transformation?

We really don’t want to leave these decisions solely in the hands of the various vested interests. I’m not talking about just the councillors, some of whom may be looking at ways to ensure their political longevity through favourable ward re-alignment. 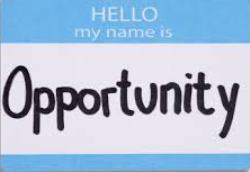 There will be a push to keep the wards as closely in tune with both the federal and provincial ridings to avoid ‘voter confusion’, we’ve been told and to better help streamline services. As I wrote a couple weeks ago about this, I’d like to see the math on that assertion as the sceptic in me tends to think such overlap is simply more politically expedient for the respective parties in terms of amassing voters’ lists and other campaign efficiencies.

And of course, we should expect the full out push to take this opportunity to cut the council numbers in half for both the paltry (if any) financial gains and in some misguided belief that fewer councillors will bring more order to the proceedings. As if the rancour and tumult we’ve seen over the past 4 years is due only to having too many cooks in the governance kitchen as opposed to the result of simply the rancour and tumult going on throughout the entire city. If we just turn down the noise a bit, maybe it’ll seem more orderly.

So yeah, much is at stake through this ward boundary review, nothing less than how we’re governed in Toronto. We all need to start paying attention. 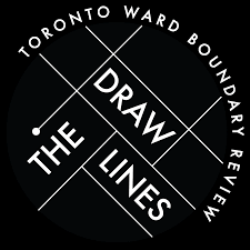 (Next public meeting, tomorrow at 9 a.m.) Leaving it to others to decide simply passes on the chance to help redefine this city, and begin dismantling parochial attitudes and micro-regional attachments that no longer reflect the current reality of this city. (I mean, really. Does Victoria Park Ave. represent anything other than a historical boundary these days?) Read up. Turn out. Chime in.

Maybe if you start making some noise, our city councillors might start to notice.