So yeah, tell me that one again about John Tory the progressive minded moderate. You know, that natty-nat-natter during the past municipal campaign, assuring us not to get all tied up in knots about his blue, blue, dark blue Tory leanings.

Think Bill Davis, David Crombie. Forget his participation in the Mel Lastman years. John Tory was too red for the provincial Progressive Conservatives. He said he’ll march in the Pride parade. What more do you want?

I’m sorry. I can’t hear you over the grating, unintelligible noise once again coming from the Speaker’s chair. Or the glowing radioactive smugness of the newly appointed deputy mayor of this city.

Look. I’m fine with the notion Toronto went nearly 3/4s in favour of right of centre candidates in the mayor’s race. I think it’s a fair assessment to question if we live in as progressive a city as many of us like to think we do. Some 17 years in from amalgamation, it’s not unreasonable to wonder if David Miller was the anomaly rather than norm to our politics here in town. 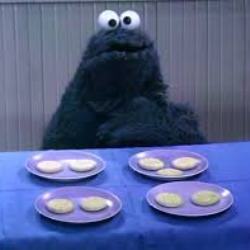 Mel Lastman. David Miller. Rob Ford. And now, John Tory. One of these is not like the others.

Clearly, Tory and his campaign team felt that this could provide a winning edge, blasting Olivia Chow as the ‘NDP candidate’ as soon as she entered the race, thereby distinguishing himself as the not far left alternative to Ford Nation. Progressive, but reasonably so. A moderate answer to the radicalism of the past 4 years.

With his choices yesterday for his Executive Committee and various other appointments, it’s equally obvious that his aversion to anything left wing was more than a mere campaign tactic. The Great Uniter. Seeking to heal the divisions between 75% of the city. So ideologically driven were these decisions that Tory felt comfortable under-representing the most populous former municipality of the city around the table of his Executive Committee. 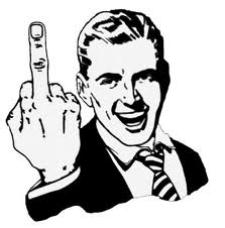 No single chair of a standing committee. A couple of at-large pats on the head and a ceremonial fluffing of little meaningful significance.

John Tory, the uniter, the great undivider, has proven to be so partisan that he couldn’t even reach out to perhaps the most stellar of council performers last term, Kristyn Wong-Tam who is really only a raging far leftie in the narrow minds of the most ardent supporters of our previous mayor. Given the ward she represents, one of the epicenters of growth and development in the entire city, she would make for a great chair of the Planning and Growth Management Committee. But our new mayor couldn’t even bring himself to do that, opting instead to give that position to the empty shell of a dinosaur, Lastman era, expressway loving David Shiner.

Again. There it is. The mayor’s prerogative. But along with that, the first flashes of his true colours. (Hint: more blue than red.) Mayor Tory had the opportunity to signal bipartisan consensus and didn’t even feel the need to give it so much as a passing nod.

So, I’ll just roll up the welcome mat because it’s pretty much now been declared business as usual at City Hall.

But perhaps the real take away for those of us feeling snubbed as much by the new mayor as we did his predecessor is this, my friends: it’s the norm not the exception. Stars aligned radically for the Ford Administration but Toronto seems to like its local politics right. That’s the reality we have to accept. Want to change it? We’re going to have to work to change it. As John Tory has just shown us, nobody else, including self-proclaimed social progressives like our new mayor, will change it for us.

— nothing newly submitted by Cityslikr