I’m ready to go on record as saying this.

Maybe John Tory is the mayor Toronto needs at this point of time.

A big ol’ stew of comfort food. Haute cuisine stew, mind you. Truffles and duck, with handmade dumplings. No recording devices, if you don’t mind.

There was kind of a, I don’t know, settling, while watching the mayor-elect’s state of the city address yesterday. Campaign sound bites and slogans set aside, replaced by, if not inspirational words, something close to adult conversation. He made a frank admission of the substantial problems Toronto faces – crises, he labelled a couple of them, prioritizing them in a way that seemed to accentuate people not numbers.

Tory pointed out that while spending time on things like cutting councillor office budgets – stopping the gravy train, in other words — were of high symbolic value, it didn’t ultimately make much of a dent on the overall budget. Meanwhile, bus service was reduced. 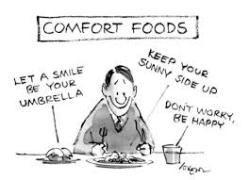 The repair backlog of Toronto Community Housing grew as did the waiting list for people to live there. Infrastructure aged and crumbled just a little bit more.

It feels like after 4 years of non-stop campaigning, we might actually be sitting down to some actually governing. Not governing simply by default and in the face of a mayor’s worst intentions, but with a mayor’s best ones. Here’s the situation as it is (rather than how I make believe it to be). How do we go about dealing with it?

Don’t mistake my willingness to give the incoming mayor some benefit of the doubt as any sort of ringing endorsement. I remain highly skeptical of his SmartTrack scheme. He seems determined to plow ahead with the Scarborough subway craziness. Sometimes he says a lot of words in quick succession that all sound sensible but when you play them back, they don’t add up to much. He talked about needing to restore TTC services that had been cut and scaled back over the past 4 years. Perhaps think about bringing back buses that, well, were no longer available but, still, maybe there was something we could do, all within the constraints of what money’s available in the budget.

Parse it any way you want, John. Restoring TTC service is about one thing and one thing only. Money. More of it means more service. Less of it? Well, we’ve seen how that goes.

Our mayor-elect remains dogged in his belief that the city’s revenue needs will be met by a combination of long overdue largesse from the other two levels of government and further found efficiencies around City Hall. For sure, the feds and province need to start opening their respective wallets and chip in to help municipalities, and I believe Tory a better ambassador to make Toronto’s case than the previous administration, still… We might want some sort of backup plan in case either one comes up a little short. Again.

After the election, Tory convinced the city manager, Joe Pennachetti, to put off his impending retirement for a bit to help ease the transition. The city manager is on record as saying that, we’re pretty tapped out in terms of efficiencies, there’s not much change left to be found under those cushions. 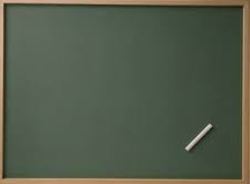 Hopefully, he made that point in private to the mayor-elect, as a condition to remaining on the job. Hopefully, the mayor-elect heard him and is merely maintaining his electoral stance until certain budget realities force him to step back and be frank with residents. I’m willing to believe John Tory is reasonable enough to do that.

Right now, he sounds reasonable. Right now, we need to think we’ve elected somebody reasonable to lead the city. Right now, after the past 4 tumultuous years, that’s good enough for me.