So, a national newspaper columnist, libertarian and city councillor walk into a bar…

(This is going to be the biggest subtweet ever, written in blog form.)

I was following along with a Twitter exchange a couple days ago on the subject of Uber. 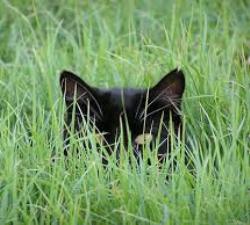 I know, I know. More fucking cab talk, am I right? We addressed the topic last week, believing that to be the end of it from our angle of interest. But this discussion revealed some deeper ideological underpinnings to the role of technology and governance.

Stemming, I think, from an article Councillor Gord Perks wrote for the Globe and Mail, Eight reasons why Toronto should push back at Uber – note ‘push back’ not ‘ban’ or ‘rid itself of’ – the Twitter discussion developed into a critique and defense of regulation and the role government has to play in the face of new technology and innovation. For some, it seems, smart phones and the interwebz will save us from government tyranny, allowing us to go about our daily business of hailing cabs, unfettered. Who needs official oversight when you have crowd sourcing?

An old hand with all this new technology stuff, I used the Google to see if anyone had coined the phrase ‘technocon’ yet. 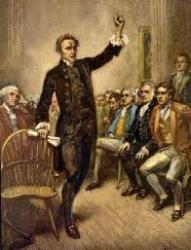 Apparently not, although I’m willing to accept the possibility I didn’t actually exhaust the search. Technocon is the ideal word, I believe, to attach to conservative leaning, utopian futurists who are banking on technology to eventually reduce government down to the small size they’ve always dreamed of.

I mean, seriously. If God had had a morality app, the 10 Commandments would never have been imposed on us. Users, working it out for themselves.

Such technological fetishism mirrors the kind of perfection these conservative types assign to the workings of the free market. An actual free free market. That flawless element of nature which dwells in harmony with the cosmos until touched by the damn, dirty paws of defective human meddling. Technology, like that of Uber, diminishes the need for such artificial interference in the natural process of commercial transactions. It puts the ‘free’ back into the free market.

Evidently, as consumers, our judgement is impeccable if not infallible. The customer is always right, right? Therefore, what do we need of regulation and oversight?

Technocons put pretty heavy stock in the savvy and good sense of consumers. A taxi service delivers a bad driver? Customer reviews will collectively speak and punish the miscreant, forcing both the company and driver to do better. It’s called self-regulation and user oversight. That’s never steered us wrong before. 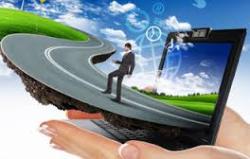 Hell. It’s been hard at work, keeping Uber on the straight and narrow. I mean, if cheaper fares and superior convenience are really the only things that matter.

Unleashing the wisdom of the crowds, we’re told.

But then I think, don’t we already have that? A little something we call democracy. We elect people to enact laws and regulations to strike a balance between competing and various interests. It most definitely isn’t perfect. It needs constant tweaking and adjustments. Updates are always in order.

One single technological innovation doesn’t change that. Certainly a taxi app, of all things, shouldn’t be heralded as ground zero for a transformative change in governance structure. It’s new and may force adaptation by the cab industry. That doesn’t earn it space to simply disregard what’s in place, to thumb its nose at established practices. At least not without expecting, how did Councillor Perks put it? Push back.

The councillor was berated during the Twitter exchange for not being able to think outside of the old paradigm. Uber, Uber technology, he was told, changes everything, everything. E 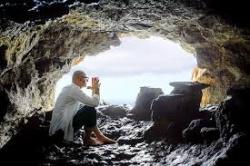 verything you thought was necessary, all that old, tired ways of going about governing needed to be tossed onto the trash bin of history. To deny Uber was to deny the future. A future that looked to be a whole lot more conservative, small government leaning. Just like technocons like it.

We need to be leery of such stark, simple binary alternatives. It’s either this or it’s that, nothing in between. You’re with Uber, new technology and innovation, progress and the future or you’re standing in the mud, like a stick, stuck in the past, hiding behind the skirts of the nanny state, waiting on the corner, you’re hand in the air, hoping for a cab that’ll never come and if it does, it’ll stink of incense and the driver will ask you for directions to the place it is you want to go.