At a party Saturday night, municipal politics was very much a front and centre topic of conversation.

Perhaps my sample group skews that way, biased because of what I do on a daily basis. Hey! So what do you think about the election? Do you think candidate X is going to win?

Or maybe I’m just a single-minded social bully, forcing my conversation on anyone I can trap in the corner of a room. That’s some election going on, eh? You know what I think? Here’s what I think…

Four separate conversations I had during the evening — count `em, 4 – revolved around the strategic, fearful vote for John Tory in order to prevent Doug Ford from winning. There was no passion for the candidate. No seeming attachment to him except for the perception that only he could ensure that no Ford would be mayor come October 27th.

“What if I told you there was no way Doug Ford was going to win this election?” I push-polled them. 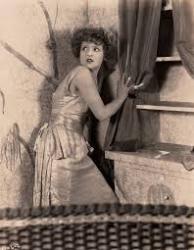 “Any way you slice it, his numbers just don’t add up. You can vote how you want. It doesn’t have to strategic.”

To a person, John Tory was an anti-Ford weapon of choice. Nothing more. A firm belief that nothing, not even John Tory, would be as bad as Ford More Years.

Such a sentiment is hardly surprising. That’s been the Tory tactic all along. He, and only He, can keep the Fords at bay.

The fact that no one I spoke to on Saturday night could articulate any reason to vote for John Tory aside from that speaks volumes to the blind path were heading down currently. When we should be asking what values a candidate represents, whose voices they are seeking to empower at City Hall, we’re only focussed on ridding the mayor’s office of our Ford shame. What comes after? Doesn’t matter. There’s only one battle to win right now.

John Tory. Because, It Could Be Worse.

But with exactly four weeks to election day, with the inevitability of a Mayor John Tory staring us hard and cold in our face, shouldn’t we be asking deeper questions of the candidate? What are his core values? (Why does he want to be mayor?)

Whose interests is he running to represent?

Like his brother before him, it’s all about the ‘little guy’ and ‘the hardworking taxpayer’. The angry. The disaffected. The disenfranchised. Those who see City Hall as the enemy, the source of the city’s dysfunction. The disillusioned and the delusional.

Those refusing to see that at every opportunity, Doug and Rob vote against their interests. Vote to cut taxes. Vote to cut services. Stoke divisiveness and promote resentment.

Many things can and have been said about this base, Ford Nation. But whatever it is, whatever you may think about it, it isn’t imaginary. It’s real, made up of real people.

Who does John Tory speak for?

Never forget that John Tory was an ardent supporter of Rob and Doug Ford in their respective runs for mayor and city council in 2010. So much so, he donated to both their campaigns. In his role as radio talk show host, Tory continued his vocal support of the mayor during the first couple, tumultuous years of his administration. 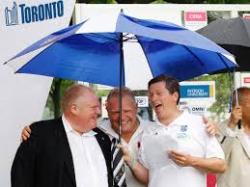 Until the crack scandal broke, there was little daylight between the politics the Fords and Tory espoused.

So what does that say about the kind of mayor John Tory will be? Who will he advocate for? If John Tory becomes mayor who do you think will have a seat at the table of power?

As limp and as lifeless as Olivia Chow’s campaign has been at times (and do not get me started on the just completed Toronto Arts Vote debate stunt), it’s clear about what her priorities are. A push for increased bus service because a solid majority of transit users, especially in the city’s inner suburbs, depend on buses to get around. After-school recreation and nutritional programs for children, more affordable housing because the city is facing an unconscionable rise in childhood poverty. The disaffected. The disenfranchised. The voiceless.

Disagree with her all you want. Take issue with her policy ideas and platform. Same for Doug Ford. Chop his candidacy to bits. 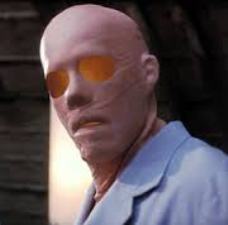 But at least with both of them, we know where they stand.

Can you truly say that about John Tory?

What does he stand for? Who’s he going to represent as mayor? What is the one word defining principle of a John Tory administration?

What does a Mayor John Tory’s Toronto look like?

Those might be the type of answers we should be looking for over the course of the next month instead of all needlessly fear rushing to a candidate who, so far, steadfastly refuses to respond to those questions.