We’ve spent the last 4 years looking at costs and ignoring the benefits.

This is pointed out to me over dim sum by Franco Ng, city councillor candidate for Ward 39 Scarborough-Agincourt. 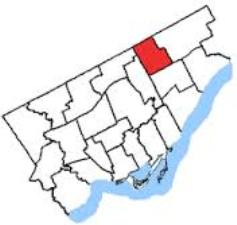 It’s a sentiment that comes as something of a relief to me because I had no idea what to except from somebody who’d worked in Mike Del Grande’s office for 4 years. Mike Del Grande, the penny-pinchingest, grumpiest and one of our least favourite city councillors.

This is not to say that during the two hours spent together, we agreed on everything. We certainly didn’t see eye-to-eye on LRTs in the suburbs (although Mr. Ng had no strong feelings about the Scarborough subway – he told me nobody was talking about it at the doors he’d knocked at either) or the right for permanent residents to vote but there was certainly a strong basis of understanding between us about what this city needs to do going forward in order to remain prosperous and a desirable place to live.

Franco Ng is what I’d call a post-amalgamation Torontonian. While having very strong ties to the ward, he’s been a north Scarborough resident for 15 years, there’s no sense of us-versus-them, suburb-versus-downtown, we get nothing-they get everything from him.

He wants to put Ward 39 on the map, make it a place people want to visit, move to, stay and raise families while working to make the city as a whole a truly global city. A place that isn’t just somewhere up there.

It will be a daunting task in many ways.

The ward is a typical single-use suburban ward, built around private vehicle use, now entering a phase where that’s no longer economically viable. I met Franco at the Bridlewood Mall, at the corner of Warden and Finch. Getting off the bus, I walked through a vacant part of the parking lot which was being used exclusively as a warming spot for seagulls. The mall had seen better days, for sure. Franco walked me through the inside, full of vacant stores. More modern malls, with better amenities were a drive away in nearby Ward 40 and up a bit in the city of Markham.

Plans were afoot for Bridlewood. Condominium developments were going up. There was a new library branch in the mall. Bright and busy for a Tuesday afternoon. You should see it during the school year or at night, Franco tells me. It already may be too small a space to accommodate the people who want to use it.

This was the kind of pressure places like Scarborough-Agincourt were facing these days. Competing with not only surrounding communities to attract residents, businesses, visitors, but the wider world around us. Huge tracks of land designated for heavy industry, much of which has departed to cheaper territories. What to do with it? The tension is playing out right now with the battle over building a TTC bus garage near a seniors’ residence that has encroached onto industrial land.

How can a local councillor deal with such macroeconomic and citywide issues?

Franco Ng proposes starting street by street, developing and promoting a pride in place in order to bring about better neighbourhood integration. He tells me there are few residents associations in the ward and no BIAs. None. Without those, there’s very little engagement within the ward or with the city as a whole.

This is a frequent point made by many of the council candidates I’ve met out in the inner suburban parts of the city. A noticeable lack of civic engagement. They are not participants in governance.

“There’s no sense of ownership,” Ng tells me. You don’t really know what you have until you take part in getting it, I guess. This is what happens when you treat residents as taxpayers and not hands-on contributors to the process of community building.

It’s unfortunate too because, despite my downtowner view of places like Ward 39 being car strewn hellscapes (I mean, there are a lot of cars, lots of wide, wide roads and parking lots, interminable bus rides to get places by public transit), there’s a lot of green, public spaces there. The ward has 16 parks, Ng informs me, with the jewel being L’Amoreaux. The hydro corridor is beginning to fill up with soccer leagues and the like.

The elements are in place to build on all that. It’s just going to take a new approach to local politics. Less insular and backward-looking and more embracing new possibilities.

It’s about seeing the residents of Ward 39 as resources not, well again, just taxpayers. Franco says that taxes aren’t really a hot topic with the residents he’s met.

People seem to get the difference between spending money and simply throwing money away.

When the Steeles-L’Amoreaux neighbourhood was ‘de-prioritized’ earlier this term and some of the services offered there scaled back, people wanted to know why. They get investment in the community, in people of the community. Taking us right back to the beginning of this. Costs versus benefits.

After 4 years of inflammatory, divisive in-fighting at City Hall, the easiest way to combat it going forward is to elect city councillors who aren’t entrenched in old approaches, old ways of thinking. Franco Ng has bigger fish to fry than simply nursing old grudges or championing empty political platitudes. He wants to kick start a real sense of community in Ward 39, put it on the map as somewhere people want to visit and move to.

There’s a whole new world of regional discourse and planning he wants to move on, a dynamic that’s very much in play for parts of Toronto where you simply cross a street to get to another municipality.

There are real choices and alternatives for voters in wards like Scarborough-Agincourt. Franco Ng is one of them. 2014 is shaping up to be an important race between the past and the future in Ward 39. Let’s hope (and work toward) it chooses to go forward.