The Source Of The Problem

So, I’m catching up on my magazine subscriptions and I come across this interesting article, 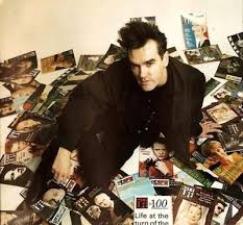 Canada’s Infrastructure Gap: Funds missing to repair our deteriorating public utilities, in the June 2013 issue of the Canadian Centre for Policy Alternative’s Monitor. That’s right. June 2013. I’m a little behind. Stop me if you’ve read all this before.

Not to come across the fatalist here but it’s hard to read this report and see how all the plans and platforms we’re hearing during this campaign from mayoral and city council candidates for making Toronto a better place to live are going to make a lick of difference.

You see, there’s one reason, and one reason only this city, along with every other city in the country, is facing the kind of fiscal crunch they’re facing in terms of increased congestion, affordable housing, crumbling, aging and crumbling infrastructure: the near absence of the federal government. 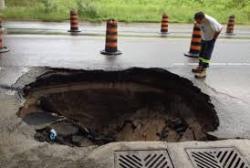 Ottawa’s where the money is and they’re not rushing to hand much of it over.

And it’s not just a Harper government thing either. For decades now, Ottawa has backed away from its traditional commitments to contributing to municipal capital projects. Liberal red or Tory blue, both have stepped away from the funding table, offering up little more than what is politically beneficial to them.

Here’s the situation, summed up in one paragraph:

Even with the bump up of federal infrastructure spending in the face of the 2008 economic crisis, it remains below the necessary level, as a percentage of the GDP, to even help maintain a state of good repair.

That shortfall has almost exclusively fallen onto the shoulders of cities to deal with as the provinces haven’t really picked up any of the slack left by federal neglect.

While the majority of our tax dollars are bundled up and sent to Ottawa and (in the case of Ontario) Queen’s Park, the level of government with the least ability to generate the revenue now has the most responsibility to pay for the needed infrastructure. Bit by bit, things get put off, ignored, upgrades and expansion are delayed until the work has to be done or even more drastic measures taken. Sell off public housing stock to help pay for upkeep on the rest anyone?

For many people, they make little distinction between the jurisdictional powers of our 3 levels of government. 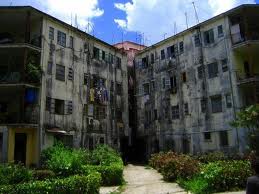 For them, they pay all these taxes and watch as things get worse around them. The roads suck. The city’s a little grubbier, more garbage on the streets. Their basement’s flood when it rains. Where’s all our money going? they demand.

And the ground is made fertile for the likes of Rob Ford and his merry band of anti-government tax-haters.

The city doesn’t have a revenue problem. The city has a spending problem.

Truthfully, there’s every reason to think Rob Ford doesn’t make the distinction between levels of government, and who taxes what and where that money goes. He has proven himself to be grossly uninformed about the job he’s been elected to do for nearly 14 years now. 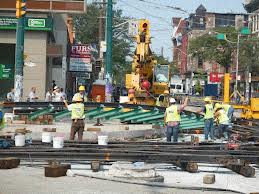 Don’t rule out the possibility that when he asks the province and Ottawa for more money to fund things like his Scarborough subway pet project, he still adamantly believes the city doesn’t have a revenue problem.

Unfortunately, cutting all those nice-to-haves won’t build all the need-to-haves to put this city back together again.

And parents are forced to put their kids in unlicensed day-care centres. We need to find efficiencies. And people are crammed tightly together on buses and streetcars.

The fact is, even with the modest types of revenue tools Toronto was given back in 2006 — the ones many of us still rail against — the city alone cannot plug the holes that need plugging, never mind build and expand the things we need to build and expand. Even the province can’t play the white knight and slay the infrastructure deficit dragon we face although, they could be a whole lot more helpful. The federal government needs to re-assume the level of investment in cities it did 50 years or so ago. 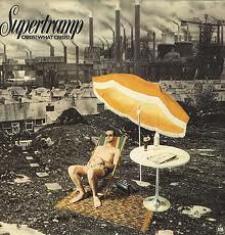 Probably even more so, given the level of neglect it’s allowed to happen.

Municipalities remain at the mercy of the provincial governments. Ottawa is in another stratosphere entirely. Where’s the leverage cities have to start making demands of the federal government?

But a good first step might be to recognize our commonalities rather than emphasize our differences. The problems all cities have right now in coming up with the funding to build better, stronger communities and neighbourhoods, to bring our infrastructure from somewhere back in the mid-20th century, 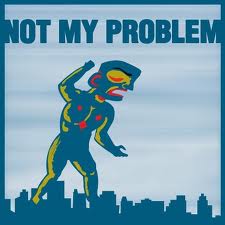 stems from one source and one source only. The negligent disregard with which we are treated by our federal elected representatives.