I’m happy I’m not over there in Ward 20 Trinity-Spadina and have to pick a new city councillor in October.

For a couple of reasons.

One, my house is actually located in Ward 19. So I’d be voting illegally if I cast a ballot in Ward 20. Although, the consequences to breaking any sort of election law in this city seem to be negligible to none if current cases are anything to go by.

Secondly, I might actually feel a little, I don’t know, badly not voting for Joe Cressy for a second time in less than a year.

I mean, I’ve never even been to Africa, let alone, worked with HIV and AIDS projects there.

Joe Cressy’s got the progressive credentials in spades, my friends.

But I’ll tell you something.

When he was running in June for the federal seat in Trinity-Spadina left vacant by Olivia Chow and her bid to become the next mayor of Toronto, and I was able to vote him, I didn’t because I had no clue why it was he wanted to be my M.P. I knew exactly why his opponent, and eventual winner, and the candidate I voted for, Adam Vaughan, wanted to go to Ottawa. Cressy? Frankly, between you and me? It felt like the next entry in his C.V. This is what someone of his pedigree does next.

Now, having been turned down for that job opening, his bid for a city council seat feels like a 2nd thought.

A fall back plan. Don’t worry, he assures us when he announces his municipal run, he won’t run federally again in next year’s scheduled general election. Not next year.

It’s still early yet in the municipal campaign, just under 3 months to go, so we may get a better sense of why Joe Cressy wants to a Toronto city councillor. Hopefully it’s something beyond building a progressive city platitudes. Right now it feels like Joe simply wants to be a professional politician.

Am I being too unfair?

It’s probably because it also feels like he’s bringing party baggage to the proceedings. I have grown to loathe the party mechanics at City Hall. Party mechanics? you say. There’s no party politics at the municipal level. What are you talking about? Party mechanics?

Well, there is. Just behind the curtain. Not quite out of sight but far enough away to provide plausible deniability.

Look. Some of my favourite city councillors are eye deep in party affiliations. 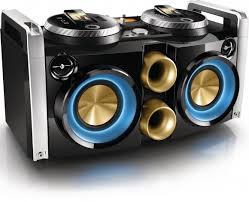 I’d like to think it doesn’t cloud their judgement, add a little colour to the way they see things. But you constantly have to ask how complete, 100% independence is possible if you owe at least a little something to the party that helped get you into office.

It’s difficult at times to look at the current council make-up and not see some party standard bearers sitting as city councillors instead of, I don’t know, just really good city councillors.

And I remain convinced that party politics played an integral part in inflicting the Scarborough subway debacle on us. A not so subtle push from Queen’s Park in order to curry favour with Scarborough voters in both provincial by and general elections. An unexpected windfall from Ottawa to put some skin in the game, as they say, for their ‘side’. 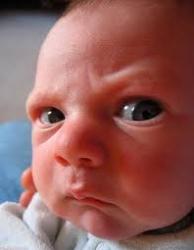 So yeah. I cast a wary eye in the direction of Joe Cressy’s latest candidacy. With all the advantages that come with being a political company man, there’s one pointed, challenging question he needs to answer. Exactly who’s he running to serve? His constituents? His party? His career?

Not that he has to answer me. Like I said, I don’t live in the ward. I’m just an interested observer.