That’s the one word answer I got from Lekan Olawoye when I asked him what it was he was hearing from people in Ward 12 York-South Weston while out canvassing. 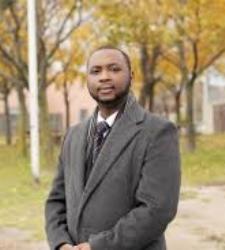 Not complaints about high property taxes. Nothing about subways versus LRTs. Just plain old “neglect.”

In fact, he’d met a resident living in the ward for 50 years who told him that he was the first municipal candidate ever to come knocking on her door.

It might come as a surprise to many of us who live in Toronto’s politically vigorous areas, let’s call them, where town halls and community meetings draw big crowds. Where our local representatives show up at our doors on a regular basis or respond quickly to our questions and concerns. Neglect? Wouldn’t be the word we’d use.

But take a walk along forlorn sections of Eglinton Ave West, around Keele Street and see what happens when the representative at City Hall isn’t particularly mindful of building thriving neighbourhoods. Empty storefronts. Little street life. Just a thoroughfare people buzz past on their way to someplace else.

This part of the city is the left behind section. Once a solid middle class area with good, well paying jobs not all that far away from home. 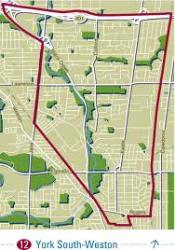 Now a place with much “untapped human resource”, as one Olawoye campaign volunteer and long time Ward 12er told me. Untapped for many reasons, many of those beyond a city’s control, but certainly for some that come down to local representation that just doesn’t get it, doesn’t know how to respond. It’s just there, shrugging obliviously.

So the simple fact of the matter is, in Ward 12, like many of the other inner suburb wards, engagement comes down to basic retail politics. Being available. Acting quickly on very specific, very local needs. Potholes. Basement flooding. Street parking. Serving as a conduit to help negotiate communication between residents and city departments and services.

Lekan Olawoye seems to get that. His pitch is simple. What can I do to make your life easier and better? I’m here to help.

It smacked a little to me of the current administration’s obsession with ‘customer service’. I asked him for more details about his pledge for ‘better transit, support for families, reduced poverty, safer streets and healthier communities.’ All of which any candidate will inevitably tout. These are the whats. Tell me a little bit more about the hows.

That’s not there yet, the nitty gritty details of exactly how you plan to transform systemic problems. 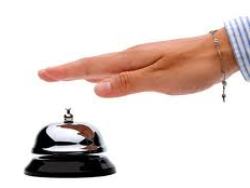 Working with the TTC to sort out bunching of buses followed by long waits has stumped many a well-intentioned people. Lofty goals need thoughtful and innovative approaches to stay afloat.

But here’s what I’m only beginning to understand about municipal politics. Voters need to really believe that a candidate is there to work for their sometimes very personal interests. They want to know you will be available to help sort out the most basic, mundane of everyday problems and situations they face. If that kind of trust and engagement is not present, they’ll walk back and demand nothing more than just keeping their taxes low and their streets clean.

That’s the hill Lekan is climbing in Ward 12. Years, decades even, of neglect, in his words, by the councillors it sends to City Hall have made it difficult for new voices to convince people that it can actually be different, better. City Hall doesn’t have to be this foreign place, an hour or so trip, off and away downtown.

The situation also leaves lots of room for hope, though.

And Lekan does deliver a lot of hope and enthusiasm. 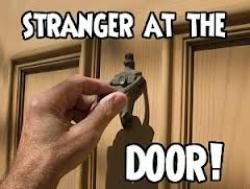 He works the doors of the canvass smoothly and charmingly. While this is his first campaign as a candidate, you wouldn’t know it to see him interact with people during the canvass. He’s personable, friendly and outgoing. At one point of time I watched him actually engage a soccer fan for a quick introduction and chat during the penalty kicks of last night’s Argentina-Netherlands World Cup semi-final.

He has been at this almost since the very beginning of the campaign in January. So he’s getting good at what any candidate needs to get good at. Meet and greet. Meet and greet. Lekan’s also no stranger to the wider world of politics and community involvement. He is currently the Executive of For Youth Initiative, a local non-profit that provides services and programs to youth who live in a part of the city severely under-serviced. Lekan was also the first chair of the Premier’s Council on Youth Opportunities.

He has what appears to be a well-oiled campaign machine, bursting with eager volunteers who fan out across the street as the two of us stand, chatting. That’s going to be absolutely necessary as he’s taking on an entrenched incumbent in Councillor Frank Di Giorgio. From my view point, it should be cinch. Councillor Di Giorgio ranks near the very bottom on my list of terrible, terrible municipal representatives.

As Mayor Ford’s second budget chief, he constantly seemed out of his depth. As a local councillor, he comes across as simply disinterested in doing the job.

Unfortunately, politics at the city level seldom work out that way. Name recognition plays a big factor in determining the outcome. Challengers have to be relentless in getting themselves out there, getting their faces known, convincing voters in the ward that taking a risk on change will be worth it.

Lekan Olawoye appears to be making that kind of dent in Ward 12. On Tuesday night, he had 3 of the tires on his car slashed in his driveway. What? That’s like movie shit, says me, the political neophyte. But Lekan chose to see the upside in it.

“Somebody knows we’re here,” he said.

I guess so. I’ll take the candidate’s word for it. It’s a good sign.