Some things are, for sure.

(or homophobic or misogynistic ones) may well be complicated. What makes anyone a racist or homophobe or misogynist? There’s probably not one clear answer to that.

It doesn’t change the fact you’re a racist or homophobe or misogynist. That’s pretty straight-forward. You drop the N-bomb or muse publically about ‘jamming’ a female colleague or return to work after a 2 month stint off one day after Pride celebrations end, the fourth straight year you’ve openly ignored the event during your time in office? There’s nothing particularly complicated about who you are and what you stand for.

Confronting that fact, particularly in your role as a journalist, isn’t nearly as uncomplicated or simple or straightforward.

Let me state right here, right now. You could not pay me enough to work as a journalist.

Not even a billion dollars.

I don’t say that proudly or boastfully. I in no way mean to denigrate what they do. I just wouldn’t want to do. It’s too hard a job. It’s complicated.

Yes, we can all point to the hacks and sycophants. The toadies who cling to the spotlight with fawning, uncritical words of unflagging support. Journalism does not operate above and beyond the human condition.

But there’s no easy road to take in dealing with a public figure like Rob Ford. With so much of his support (and belief system) based on a mistrust of established institutions and strong belief in their outsider status, legitimate questions can come across as full frontal attacks. In hounding the mayor to start providing actual answers to their questions, it’s easy for the press to be portrayed as jackals and other unflattering predators. They get to play the villains in Ford Nation’s ongoing victimization pageant.

So, just ignore him. Make Ford come to you rather than the other way around. 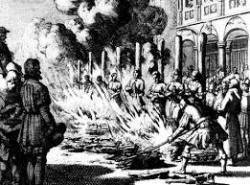 He needs the press more than it needs him.

Again, it’s a bit more complicated than that.

I know a couple of the journalists in question who’d like nothing more than to turn their backs on the mayor and walk away. They find the melodrama and sideshow as boringly depressing as many of us do. Of course, they’d rather pursue more interesting and elevated issues than one man’s downward spiral into justifiable obscurity.

But these people aren’t their own bosses. They answer to others who see Rob Ford as a genuine source of news, for good and ill. He continues to sell newspapers, gets eyes glued to the screens. If he’s declared a news conference on the day of his return from a two month rehab stint, it’s hard to imagine any editor or publisher or segment producer simply shrugging it off. Yeah, whatever. 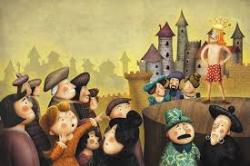 Anybody’s job that involves looking out for the bottom line will not be dismissing Rob Ford any time soon. To do so would, in effect, be creating the news. We haven’t gone so bonkers with our disgust at Rob Ford to think that’s a good idea, have we?

Maybe we’re just expecting too much from journalism. We as a city have this problem called Rob Ford and we want somebody to magically rid him for us. Do your job, press! Hound him from office! Remember Watergate!

Then yesterday’s shirtless jogger, Joe Killoran, runs into the mayor at the East York Canada Day parade and begins berating him for all the questions he refuses to answer and we all say, See Journalists? That’s How It’s Done! Why aren’t you more like Shirtless Jogger Joe, Toronto press corps? 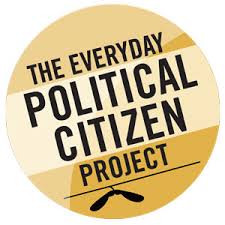 But how about this?

Maybe if more of us were like Shirtless Jogger Joe, confronting the mayor and his team whenever we encountered them or sought them out at campaign events. Maybe if more of us acted like concerned citizens, actively participating in this city’s life, demanding our elected officials answer the questions we posed to them, Rob Ford would be more forthcoming. Maybe he doesn’t answer questions, not because the press hasn’t asked them, but because he thinks not enough of us really care enough to be bothered if he does or not.

Some things are complicated. Some things aren’t. The proper functioning of our democratic process is, at times, confoundingly complicated. We need to recognize that and stop demanding easy answers from our politicians, our members of the press, ourselves.