In Your Own Backyard

Is anybody else at all weirded out about the fact Toronto’s incumbent mayor is holding his first big re-election fundraiser beyond this city’s limits? 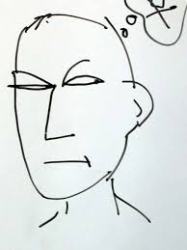 Or that, back in 2010, more than one-third of his campaign donations came from non-Toronto residents? I don’t know. Maybe it’s standard operating procedure.

In some ways, it makes sense.

As goes Toronto, so goes the region, I’ve heard it said. There’s a wider vested interest in how the city fares, out past the 416 and into 905. Lots of people who don’t call it home have a business, do business, go about their business here in Toronto. It’s only fair that they’re allowed some kind of say as to whom we elect to run things.

Maybe I wouldn’t find it so disturbing if this support wasn’t lavished upon such an anti-urban candidate. It comes across as if he’s doing the bidding of the largely suburban area that encircles the city. Reflecting the pre-amalgamated Toronto mindset of many living in both the GTA’s inner and outer suburbs, the Toronto mayor has more in common with the municipalities of Halton, Peel, York and Durham than he does with the one he was elected to represent. 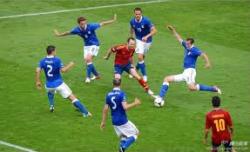 He’s one of them. An enemy in our midst.

That comes across sounding a little paranoid, doesn’t it. I’ve fallen into that us-versus-them mentality. It could just as well be a case of, I don’t know, going with a winner although, at this point of time, it’s hard to figure out who would shell out $300 a plate in support of Mayor Ford. How is more of the same for another 4 years going to help anyone, anywhere around these parts?

Ultimately I think the thing that bugs me most about this is that it seems anyone residing outside of Toronto can donate to a candidate here and receive the city issued rebate that comes with it.

Something just doesn’t sit right about that. I’m not sure why any city would want to encourage candidate donations from outside its boundaries. You’re just giving money away that, in all likelihood, will be spent outside of the local economy.

My inclination would be to restrict campaign donations to only eligible voters. It just seems clear and easy. But that’s probably too restrictive or exclusive. So how about only residents and those owning a business in the city qualify to donate to municipal candidates? That doesn’t seem unreasonable.

But maybe if you really think it’s important and democratic to be able to donate to the candidate of your choice no matter where they are, donate away. Just don’t expect to be reimbursed or subsidized for it. I already suspect your motives. I certainly don’t want to enable them.