Do We Really Have To Talk About This?

You know, we’d probably be happier with our governments if they just stopped asking us for money and, instead, concentrated their efforts on delivering the services we demand.

“It’s always the same issue,” Ehtisham Waqar told Jane Gerster of the Toronto Star (h/t David Hains for pointing me in the direction of the article). “Quality of life needs to increase and I think the only way to do that is to decrease taxes.”

Just like anything in life. You want more of it, at a better quality, pay less for it. It’s common business sense.

We seemed to have reached a fundamental divide these days between looking for practical solutions and wishful thinking. Goaded on by politicians of, increasingly, every stripe, we have convinced our collective selves that we pay too much in taxes to our governments and get too little in return. 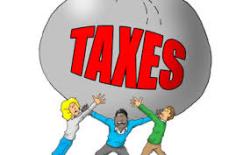 We pay too much or somebody else is paying too little. The point is, from a taxpayers’ perspective, we’re getting a raw deal with this arrangement.

How anti-tax minded have we become? The federal leader of the left-wing party in this country, those supposed tax-and-spenders, Thomas Mulcair sees any individual tax rate over 50% (I guess he’s talking marginal rates here) as confiscatory. Confiscatory, at 50%, which would be on the low side if we look back over the past 50 years or so, and which nowhere in the country do we sit at currently. But never mind. Out of the question. According to our silly socialists.

If we can’t get our loonie left to talk about the benefits and necessity of appropriate taxation applied fairly, then the anti-tax crusaders have won the battle. 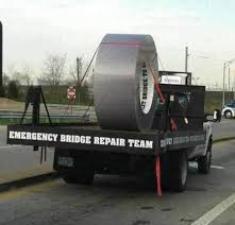 Our public sphere will continue to be chronically under-funded, services and programs deemed increasingly inadequate and, having fenced off any talk of increasing revenue in the form of taxation as nothing short of extremism, our only response will be that of the above Mr. Waqar. Everything’s a mess. Cut taxes.

I’m not the first person to say this but I urge anyone who thinks we’re not receiving a good deal on the taxes we pay to go out and stand on a street corner, at a busy intersection and have a look around. Take a moment. Look hard.

If you don’t see, I don’t know, at least 5 services and pieces of infrastructure in place and paid for by your tax dollars that make the difference between living in a relatively accessible urban landscape instead of some ramshackle hut on a dirt road with outdoor plumbing, you’re not trying hard enough. And that’s just at a municipal level. Forget that school up the street or the hospital around the corner. What we get in return for the taxes we pay to City Hall happens all around us every day. 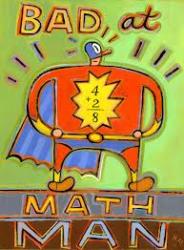 Perhaps we simply take it for granted.

Four years ago we bought, hook, line and sinker, the very fanciful notion of a confirmed tax hater that we were taxed too much (“The city doesn’t have a revenue problem.”) and all that was really needed was some fiscal discipline (“The city has a spending problem”). We could reduce spending by 5, 10% and not feel a lick of difference. Guaranteed.

Well, how’s that working for you, Mr. Waqar? All those potholes every block or so on the streets you drive. What about you, Mr. Generic Taxpayer? That tree limb that came crashing down in your yard during December’s ice storm, taking out the electricity and leaving you in the dark for 3 days over Christmas. Been cleaned up and collected yet? You been compensated for the food in your freezer that went off when the power took forever to be restored. Your basement now all spic-and-span after the July storm flooded it?

How’s it been, waiting for the Dufferin bus lately, Ms. Generic Taxpayer? Then cramming into the 4th subway car at Yonge and Bloor every rush hour. Imagine how paying even less taxes would greatly speed up your commute. 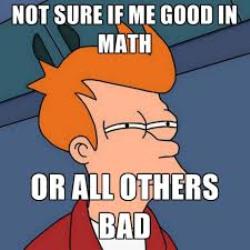 Anyone campaigning in 2014 on a flimsy platform built on Rob Ford’s fiscal agenda minus the scandals is doing nothing more than promising you exactly the same minus the scandals. That is, more potholes, less public transit, further weakening of infrastructure, increased user fees. A dirtier, more ragged, more congested city.

That is what’s happened since 2010. A general decline in the quality of life on the streets and in the communities of this city. And here’s the kicker. Spending has gone up with this administration as have property taxes. Sure, we got rid of one new source of revenue, the vehicle registration, which has only put further stress on others including the land transfer tax that the mayor also wants to do away with. We haven’t decreased overall spending or property taxes.

It costs money to run this city, and no manner of magical thinking or mathematics can change that. You can’t even make do with less let alone do more with less.

The numbers simply don’t add up.

You certainly can choose to run the city on the cheap. That’s what we’ve been doing since 2010 but, as they say, you get what you pay for. A cheap city. A cheap city doesn’t thrive. It struggles and falters.

Toronto has been struggling and faltering. Doing more of the same, running the city on the cheap, can’t possibly turn things around for the better. It defies logic and common sense to believe otherwise.