There’s a building at the top of the street. It’s a nice building, mostly office, I think. I’ve never been inside.

My guess is, it’s a converted warehouse or maybe light industrial something something.

It gives off a good vibe as a place I’d be happy going to and working in everyday. Easy to get to too. A couple streetcar route stops within a two minute walk, another maybe four minutes. There’s a subway stop about fifteen minutes by foot in one direction and a second, I don’t know, twenty minutes the other way?

Earlier this fall, the tiny front piece of land underwent what I assumed to be some landscaping work. The yard was dug up, a pile of bricky flagstone material brought in. Gussying up the curb appeal, I imagined.

Well, wouldn’t you know it. Instead what the place got was a parking pad. A parking pad where a Range Rover now sits, no less. Pushed aside, now unusable in its current position is a 6 bike parking stand that used to be where the car’s now parked. 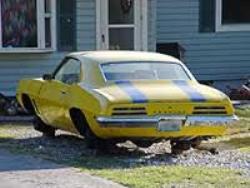 Maybe there’s another spot planned for it but it certainly isn’t going to be sharing the space with an SUV.

I don’t know why this bugs me as much as it does – Oh! Did I tell you? There are also two pay parking lots, one outside and the other underground, just steps from the building? No wait. I do know why it bugs me.

Who the fuck would do this, aside from some jag off Range Rover driver. Oh yeah. I forgot. There’s another street level parking lot a minute’s walk behind the building.

But no. Somebody’s got to have parking right in front of the building. Just hillybillying up the streetscape. Why? Because car. If you own one, drive one, it is an inalienable right to park it as close to where you’re going as possible. Otherwise, you might as well be taking public transit.

It all just comes on the heels of the news that the city’s at a 10 year high for pedestrian fatalities, currently sitting at 38, I think it still is. 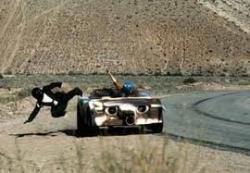 (42 if you throw in the 4 dead cyclists.) And according to Christopher Hume, 70% of the pedestrians were in the right when they were run over and killed.

The first impulse always, of course, is to blame the weather, the change of seasons, not enough brightly coloured apparel. As our mayor once said back in his councillor days when talking about cyclists being killed, at the end of day, well, swimming with sharks, yaddie, yaddie, yaddie. The roads were meant for cars.

This overweening sense of entitlement continues, I’d hazard a guess, at least in part because of this administration’s victimization of car drivers and its embrace of the fanciful notion of some War on the Car. Yeah! We’re tired of being told we have to share the roads! You heard the mayor. As a matter of fact, we do own the road.

A walk along College Street yesterday, at 3 intersections, I’m finding myself either having to stop or speed up my pace because cars turning right or left have just pushed aggressively into my space at a perfectly legal crossing. 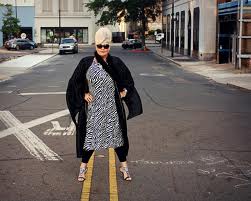 Sorry, Mr. Cable. Our roads (and front yards), our entire transportation system is adjusted for vehicular traffic. Until we change that priority, we all just have to accept the risks of venturing outside if you’re not behind the wheel of a car. Sometimes you’ll make it safely across the street. Sometimes you won’t.

But remember, even the hardest of hearts will bleed for you if you don’t.