You guys know me. I’m partial to municipal politics and politicians. 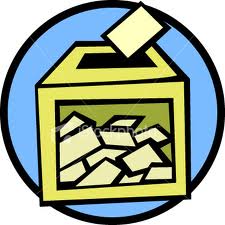 It’s not that I’m disinterested in the other two levels of government but I approach them with much suspicion. In the end, we’re not even voters to them but just votes. Our interaction comes almost exclusively at the ballot box.

And yet, nearly everything any elected official does ultimately affects us at the local level. Immigration, transportation safety regulations, healthcare decisions, all have an impact where we live. Our streets. Our schools. Our homes.

In spite of that, our municipal governments have the least amount of control over these decisions than either their provincial and federal counterparts. They have limited access to the purse strings. Their jurisdictional reach is likewise stunted. Municipal politicians have all sorts of responsibilities but very little power in conducting their business.

Not surprisingly, local government doesn’t always attract the best and the brightest to its ranks (with exceptions, of course).

Why would it? There’s more money to be made, more glory and exposure to be had, for, arguably, less work as an MP or MPP. Even in a big city like Toronto with lots of media swirling around, the lure of the backbenches at Queen’s Park and in Ottawa is considerable for many toiling away in the relative obscurity of City Hall.

I mean, how many times have you found yourself in a conversation, bemoaning your city’s inability to bring about some change in your day-to-day life owing to the fact it doesn’t have the proper powers to do so, and the response is always, You want more power in the hands of these jokers? 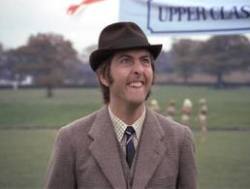 That’s a discussion I have, like, a couple times a day on average.

Clearly I need to get me some new friends.

It certainly doesn’t help my Up With Municipal Politicians cause when they pass up a golden opportunity to prove their worth, to show those who’ve cast a ballot for them that, in fact, they are competent public officials with the best interests of the city’s residents at heart. 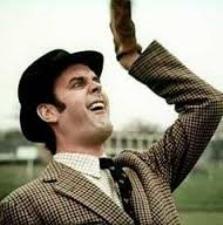 As outlined in last week’s letter from Metrolinx honcho Bruce McQuaig to city manager Joe Pennachetti, all work on the Scarborough LRT will now grind to a halt, pending council’s search for the extra cash needed to convert it to a subway. Money, so far, not evidently forthcoming from either the province or the feds which, according to a flurry of amendments at last month’s council meeting, would be absolutely necessary for the subway dream to remain alive.

Now look, I’m not letting either of the senior levels of government off the hook on this. There’s little question the provincial government, facing the August 1st by-elections, played footsie with city council and didn’t discourage talk of re-opening the Master Agreement with Metrolinx in order to promote a Scarborough subway. Their winning candidate in Scarborough-Guildwood, Mitzie Hunter, proclaimed herself a ‘Subway Champion’ and joined the ranks of the other Scarborough Liberal MPPs who’ve marched in lockstep demanding equality of treatment that can only be provided by a subway.

And the federal government? MIA when it comes to any sort of transit discussion.

But this was a chance for our local politicians to step up and be the adults in the room. To set aside thoughts of political ambition or survival and decline opening up this debate once again.

Thanks but no thanks, they could’ve collectively said. We’ve thought long and hard about this and have decided the LRT option is the way we’re going to go. The money’s there. The plan’s in place. Let’s keep those shovels in the ground.

While it’s easy to blame the mayor for this unwelcome turn of events, it wasn’t his fight to win or lose. He’d been relegated to the sidelines on the transit debate over a year ago. Only the echoes of his Scarborough Deserves Its Subway chant remained and council could’ve just plugged their ears and stopped listening, recognizing the mayor’s contribution for nothing more than what it was. A politicized, ill-informed view of public transit planning that has resulted in massive delays and unnecessary costs.

Instead, a majority of council chose to follow him down that particular rabbit hole, succeeding in only more delays, more costs and, most importantly for my purposes here, cementing their reputation as bumbling, inept, dithering, irresponsible local representatives. You want more power in the hands of these jokers?

It’s hard to argue with that, listening to Councillor Josh Colle’s interview with Matt Galloway on Metro Morning. Oleaginous is the word I want to use to describe it. But that’s not quite right. Evasive. Disingenuous. Not exactly forthcoming in a smarmy fashion, if I’m free to use more than one word. In no way contributing in any positive sense to building transit in this city. Pointing the finger rather than stepping up and accepting responsibility to provide leadership for this city on a matter of vital importance.

Unfortunately, there have been too many Josh Colles on city council lately especially on the issue of transit. It’s a willing acceptance of the supplicant role of municipal politicians in our governance framework. Don’t look to us for answers. We’re just here to help further gum up the works. Never seizing the initiative. Only looking to wipe their hands clean of it so they never have to accept the blame for anything. 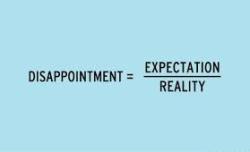 Making it hard for us municipal politics boosters to continue throwing our support their way.