Designed For Power Not To Rule

As the blood continues to ooze from under the door of Mayor Ford’s office at City Hall,

and the already small circle gets even smaller, it’s still difficult to get your head around the notion of a post-Ford Toronto. All those trees being on fire makes it really hard to see the forest. One can hope and one can dream but visualizing it takes a lot of effort.

There’s no telling how this latest… I don’t have the necessary vocabulary to describe the state of mayoral politics in Toronto at the moment… something something … will play out. An early exit? Certainly not by his own volition, it seems. Stay the course! Everything’s fine! First name on the ballot in the next election!

Thing is, though, time marches on regardless of Mayor Ford’s status. The business of the city is being tended to whether he thinks he’s at the helm or not.

Try and look away from the ongoing political wreckage and focus on the bigger picture. Stop squirming while the international audience looks on at us in wide eyed amazement. We all saw that coming, didn’t we? It’s only surprising it took this long.

One way or the other, this will pass. We must be ready to move on. In preparation, it’s good to remind ourselves of two important points that were brought up earlier this week.

Matt Elliott’s Challenge Accepted and Edward Keenan’s The trouble with Dougie’s people taking over. If you haven’t already read them yet, do it right now. I can wait. In fact, I’ll just switch over to my Twitter feed and see if the mayor’s staff has shrunk any further.

Go ahead. We’ll meet back here when you’re done.

We’ve seen it happening already. What’s left of this administration is trying to shrug off accusations about alleged personal failings by pumping up its governance cred. We said we’d stop the gravy train, and we have. We’ve kept your taxes low. We’ve cut wasteful spending. We’ve turned this fiscal ship of state around in the right direction.

Forgive us our trespasses, folks. But we’ve rocked our campaign promises.

They make up magic numbers. They claim credit for things they really had no hand in. What little policy initiatives they have managed to implement don’t amount to much more than a hill of beans in the scheme of things and have only truly accomplished making things just a little bit worse around the city. Fewer buses running more infrequently and more crowded. Park grass cut and streets cleaned a little less often. Smaller selection of books to borrow from the libraries.

And with no noticeable savings of tax dollars in our pockets. As Mr. Elliott shows, despite flatlining our gross operating budget, our property taxes have still gone up. So have user fees like transit fares. We’re paying more than we did in 2010 but are getting less.

Pretty much the exact opposite of Team Ford’s primary campaign pledge.

Pretty much the exact opposite of what any politician who steps into the fray and attempts to champion those very policy ideas and sideline the mayor. Beware any candidate trying to convince you that the message was sound. It was just delivered by the wrong messenger.

The direction city council took early on in this term was misguided, no matter who was leading it.

This is the second point I want to make, cherry-picked from Edward Keenan’s post in The Grid on Wednesday.

The Ford Administration doesn’t have a leg to stand on at this point. Its very legitimacy is being questioned, and not just by the usual suspects who’ve been skeptical of it from the outset. Once obedient councillors are outspoken in their criticism. James Pasternak. John Parker. Jaye Robinson. The loyalist of the loyal simply keep their heads low.

Staff are jumping ship at a dizzying rate. Two yesterday. Five since the crack allegations surfaced. Some now sit on the sidelines, playfully sniping at the administration they once dutifully served.

How does the mayor and his dwindling number of defenders react? 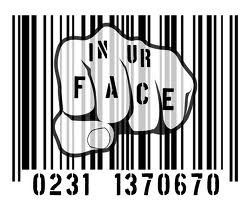 None of this situation – if there was a situation and there’s definitely not a situation – is our fault. It’s all just lies and rumours spread by our enemies. Enemies like the Toronto Star and all the social elite subscribers to that rag who’ve been out to get us since day one. Put up or shut up, folks. Where’s the video? Do you know the kind of pain you’re causing our families? How would you like it if we went after you like you’re going after us? Huh? Maybe I’ll just follow your wife and kids all around the place. How would you like that, huh? Get your own house in order before sticking your nose in our business. Disgruntled ex-employees. Put up or shut up. Put up or shut up.

They are the words of those who are never willing to accept responsibility for any negative consequences of their actions. It’s always someone else’s fault. Question them and their motives and the response is always to push back, to challenge, never to answer or explain. Accuse me? Accuse you.

It’s worked for them so far because up until now the other side has blinked. Turned away and moved on to try and work around them.

Backing down is an understandable instinct when confronted with such aggressive certainty. Nobody can be that sure of themselves and be so willfully wrong, can they?

An entirely fictitious number Team Ford has picked out of thin air to repeat over and over in response to any and all allegations that are fired at it. Part of an incantation of nebulous claims invoked to help ward of the inevitable reality of it all. A billion dollars. The unelected premier. Social elites who’ve run this city for 50 years. Stir in an eye of newt, click your heels twice and poof, everything’s fine, everything’s good, the wolves are no longer at the door.

It’s the political calculus that has worked like a charm. It’s transformed a fringe city councillor into an unlikely mayor, and his even fringier brother into a bullying power broker. Unfortunately, it’s also ground the wheels of governance of a big, vibrant, progressive city to a near halt.

Mayor Ford and those choosing to remain defiantly in his camp can continue believing that everything’s fine, everything’s hunky dory, and that all the problems that exist are because of other people. Why wouldn’t they? It’s got them this far.

But everybody else at City Hall needs to start operating outside of the mayor’s crank circle. Leave them to burn their little playhouse down. It was inevitable they would anyway. Ford Nation was built for little else.