In the cradle of the American Revolution, home to the Boston Tea Party and No Taxation Without Representation, your hotel room rates come with 3 add on taxes. State and municipal occupancy taxes, both in and around 6%, plus something called a Convention Centre tax adding another 2.75% to your bill. 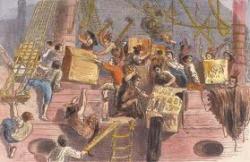 Nowhere did I see a casino, tucked away in 8 per cent of the floor space, its slots churning out the necessary revenue to build the structure that housed it. The recent refurbishments and expansion to the south Boston convention centre was paid for, at least in part, by a tax placed on visitors to the city, many of whom, I am guessing, had zero political say in implementing the charge. No taxation without representation indeed.

Further inland, there is a ball park, built in 1912 and now more than a 100 years later, remains the beating heart of a neighbourhood, if not the entire city. (No less a nation, even. Red Sox Nation.) The place is quirky. It is a little dumpy. It seats far fewer people than would eagerly come out to watch their beloved Sox play ball if they were to tear it down and build a bigger shrine with all the mod cons.

Toronto also had a baseball stadium, re-built a couple years before Fenway. It’s been merely a memory for nearly eight decades now. Plowed under to make way for an airport on the island which, in the 1930s probably seemed like a very good idea. But as circumstances changed over the years and the city developed in ways our predecessors could never have imagined, earlier decisions seem a little quaint and maybe even woefully misguided. 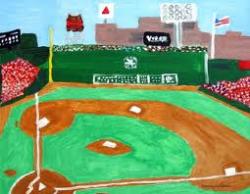 Cities don’t just evolve, organically, on their own. They are shaped by choices, both officially and not. What seems like a no-brainer in an earlier era strikes the next one as pure bone-headedness. Bad decisions are unavoidable. Nobody can predict the future with absolute accuracy.

Mistakes can be mitigated, however, and reduced in numbers and scope when facts and informed opinion are utilized rather than simple wishful thinking. Pure self-interest and expediency seldom generate good public policy or a satisfying public realm. Craven appeals to crass politics, hoping for some miracle to appear to spare us the hard work of proper city building is short-sighted at best, an abuse of power and an abdication of responsibility at worst.

A city reflects the attitudes residents have toward it. Benign neglect is certainly the easiest option. It avoids dealing with difficult problems and passes them along, with interest compounded, to the next generation. Benign neglect allows a city’s history to be bulldozed and hands over the future to those with very narrow vested interests. 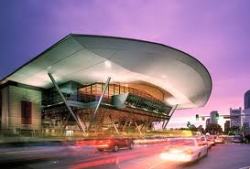 Those are the cities people tend not to flock to but away from.