Yes, it is as dry as all those words on their own might suggest.

Yet, this committee deals with the nuts and bolts of how City Hall functions both inside its curved walls and outside. Why, just yesterday the agenda was full of such diverse items as property tax shirkers and parking ticket miscreants to building a bike station at City Hall and TTC pension plan mergers. Most of it isn’t headline grabbing stuff but it’s all got to get done for the place and the institution to function properly.

Or, in short, from the city website: This committee has a focus of government assets and resources, with a mandate to monitor, and make recommendations on the administrative operations of the City.

From a City Hall watcher’s perspective, this Government Management Committee got council chambers and committee rooms wi-fied up and there’s talk of installing more electrical outlets for ease of keeping computing devices charged. 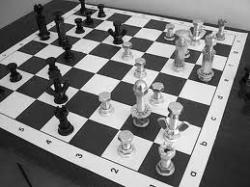 It just pushed for extending live streaming of all committee and community council meetings before 2014. And word is, they’re pondering granting media accreditation to council social media types which, from our very subjective viewpoint would render the process meaningless. I mean, come on. It’s bloggers we’re talking about. Those people are hacks.

As committee chair, Councillor Paul Ainslie was quick off the mark to embrace many of the electoral and civic reforms that came out of Dave Meslin’s The 4th Wall project including looking at using ranked ballots in municipal elections. Clicking through the committee’s agenda over the last little while, it’s hard to tell exactly where those items are sitting right now and it’d be nice to know that they haven’t simply been buried. But I’ll give Councillor Ainslie the benefit of the doubt because, well, he seems like a sensible guy who knows better than to get on Meslin’s bad side. 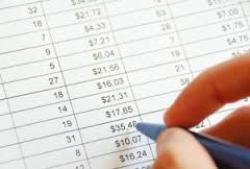 Maybe even with two exclamation marks.

He does get some help from Councillor Doug Ford in the fun department, although the mayor’s brother does provide a different sort of fun. More of the laughing at than laughing with kind of fun. In many ways, the Government Management Committee is the reason the councillor came to City Hall. To Lean Six Sigma his ass all over procurement practices and squeeze out every ounce of gravy he can find.

The committee also offers up Councillor Ford the opportunity to rail about out of control spending like the budget of the Nathan Phillips Square revitalization. Or the construction of a bike station at City Hall in place of perfectly unused parking spots, complete with, and get this…”Vince! You gotta come here, they’re building showers!” Showers! For bikers! Can you get any gravier than that?

But with the chair siding with the lefties on the committee, councillors Mary Fragedakis and Pam McConnell, Councillor Ford and his buddy Vince (Crisanti) did not win the day. That may have to wait until the one missing committee member, Councillor Giorgio Mammoliti, returns from the DL. 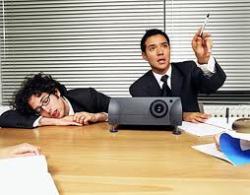 His presence at the meetings must change the dynamics somewhat.

Would I recommend a visit to the Government Management Committee to take in the proceedings?

I don’t know. Did I mention it covers a lot of dry terrain? You have to really love watching people cross their t’s and dot their i’s to get caught up in the action of a Government Management Committee meeting.

Theirs are many of the thankless tasks that must get done, and very much subject to the whims of the much higher profile Budget Committee. (Given the overlap of many of the items, it would’ve made perfect sense for Councillor Ainslie to seamlessly transition into the role of budget chief. Alas.) Government Management Committee might not be the place to start your journey through the committee meetings but be secure in the knowledge that six councillors are dedicating their time to getting `er done.