Salting A Pound Of Flesh

Judging from the questions put to her by a number of councillors last week, the city’s Integrity Commissioner Janet Leiper doesn’t owe anyone any apology.

“So, if this guy comes up to me, totally out of the blue and offers me tickets to, I don’t know, the Leafs’ game, am I supposed to say ‘no’ just because he might be a lobbyist?” If that’s not your first instinct in that situation, councillor, I find it surprising you haven’t already been written up by Ms. Leiper yet.

No one more than Councillor Doug Ford – except maybe his brother the mayor – should have been in their seat listening to the Integrity Commissioner’s report to council. Instead, he made his way up to the press gallery to launch an all out media attack on her, demanding satisfaction for the injuries her office inflicted upon the duly elected mayor of this city and his family. You see, folks. The courts proved it was all just one big left wing conspiracy after all.

“Because of the lack of her [Integrity Commissioner Janet Leiper] due diligence,” Councillor Ford’s quoted as saying, 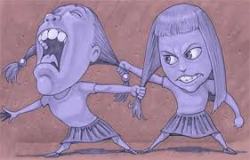 “If it was up to me, I’d ask her to step down. She has almost destroyed a family over her lack of due diligence.”

Hopefully, Councillor Ford was just playing politics with such statements because if he wasn’t, if he truly believes that, well then, he’s not only displaying a profound misunderstanding of the conflict of interest legal proceedings his brother just went through but, I’d say, reality itself. Normally, I’d shy away from drawing such an extreme conclusion but it is Doug Ford we’re talking about here. It’s not like he and reality haven’t parted company on previous occasions.

To honestly think that his brother went through what he went through because of the decision the Integrity Commissioner made about then Councillor Rob Ford soliciting donations to his private football foundation using official City of Toronto stationery is to ignore every other stop along the way.

That Ms. Leiper hadn’t sought a multitude of ways to help him back out of the situation before it came to any sort of official sanction. That it is was Rob Ford himself that really kicked off the conflict of interest proceedings by participating in council’s move to quash a previous council’s decision. That a lower court judge had no issue with the penalty the Integrity Commissioner recommended. That the appeal didn’t exonerate Mayor Ford but questioned the penalty that was brought to bear on his actions.

If Councillor Ford is demanding an apology from the Integrity Commissioner in the wake of his brother’s successful appeal, shouldn’t he also be asking for an apology from Charles Hackland, the judge who ruled against the mayor originally? Maybe Judge Hackland ought to resign as well. Good judges who know their shit never have their decisions overturned by a successful appeal.

Councillor Ford does realize that Janet Leiper was not responsible for taking his mayor-brother to court, right? She didn’t force the previous city council to vote in favour of her recommendation against Rob Ford. 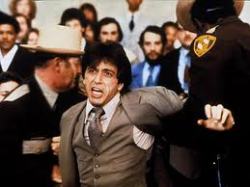 Her role in this whole sad spectacle didn’t extend beyond her initial ruling.

You might think the Fords have bigger fish to fry at this point. Best to close the book on this particular chapter and put it behind them. If they can’t bring themselves to bury the hatchet with the city’s Integrity Commissioner, at least they might want to quietly move on and stop reminding everyone that Mayor Ford kept his job by the mere skin of his teeth.

But it seems Councillor Ford bears a grudge noisily. By-gones? What by-gones? For a guy who is all about business, he takes his politics awfully personally.

Of course, given these guys’… ummm, unorthodox approach, let’s call it, to governance –

Rules? For me? Really? – their dealings with the Integrity Commissioner might not be in the past. Neither Ford has really shown any propensity to learn from previous missteps and reprimands, so it’s not beyond the realm of possibility to imagine their paths crossing again with Janet Leiper before all is said and done. So maybe Councillor Ford is simply conducting some pre-emptive strikes in case there’s anything new brewing. Detonate a little intimidation bomb.

Mounting an offensive in the hopes of fending off the need to defend their council conduct once again.