We’ve all heard the defense of ‘traditional marriage’ – that between a man and a woman –made during an argument against same sex marriage. 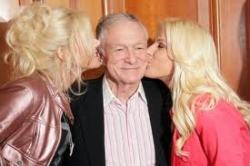 The one about how the latter will ‘undermine’, ‘diminish’, ‘make mockery of’ the former. As if up until recently, traditional marriage had been some rock solid institution, a sacred bond that those who entered into it never undermined or diminished. Only serious practitioners of the heterosexual persuasion like Hugh Hefner could uphold its honour.

A similar line of reasoning seems to be at work in the debate over extending the right to vote in municipal elections to permanent residents. (Steve Paikin runs it up the flagpole in an excellent 2010 session with Desmond Cole on the subject.) Somehow allowing non-citizens to vote at the local level will cheapen the act for the slim majority who exercise their franchise at the best of times during a municipal campaign.

Choosing not to vote should be the privileged right of citizens and citizens only.

While no one would argue that the right to vote is the bedrock of any democracy, to maintain that it should be the sole entitlement for those holding citizenship suggests that it is the only determinant to a democracy. As if democracy is synonymous with voting. If someone wants to be a part of our democracy, they only can do so upon getting their citizenship.

But democracy is so much more than that or, at least, it should be. Voting is a small albeit vital component of the process, something that happens, more or less, every four years. Democracy is a larger, daily commitment.

And the flipside of that would be citizenship is more than simply the ability to vote in elections. So to argue that somehow conferring the right to vote on permanent residents diminishes citizenship rings hollow for me. Citizenship, like marriage, is an institutional designation and what you do under its banner will determine the quality of it, won’t it? If voting is contingent on being a citizen, does deciding not to vote when that right has been bestowed upon you call into question your citizenship?

I’ll grudgingly accept the assertion that only citizens should be allowed to vote at the federal level although I’m not entirely convinced as to why. But at both other levels of government, I can’t think of a reason why that should be the case. 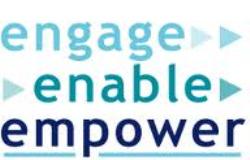 If someone has chosen to live in a particular locality that is, ultimately, overseen by a provincial government, the argument escapes me that they should be allowed to vote for their representation only after they’ve become citizens.

Let’s not forget that we’re talking about a group of people who’ve already indicated their keenness to be part of the community by becoming permanent residents. So pick a standard. A six month residency requirement? A year? During which time, a permanent resident is paying taxes, using amenities supported by those tax dollars, sending their children to schools or going to school themselves. Once they meet the time line, why not allow them to have a say in who’s making the decisions that affect their lives? How does allowing them to do so in any way diminish the notion of a wider citizenship?

I’d like to think of voting as something of a citizenship starter kit. An introduction to how shit works here. Your opinions and views matter as much as your tax dollars to the proper running of this place. 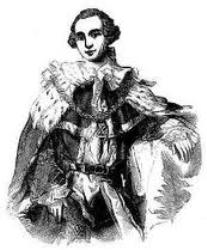 One stake, a very important stake, in a functioning democracy.

It’s also possible that extending the vote to permanent residents might make politicians more aware, let’s call it, of the pressing issues newcomers face. If there are areas of a city, say, with high concentrations of permanent residents unable to cast a ballot, just how much attention will their local representatives pay to them. Taxation without representation and all that.

Back in 2006, then mayor David Miller attempted to put this debate on the front burner. The Community Development and Recreation Committee revived it again last week with a request for a staff report on the idea. Perhaps if it were as simple as a council vote on the matter, we wouldn’t be still talking and doing nothing about it. Unfortunately, it’s just another example of how we as a city don’t control our destiny. It’s a matter that Queen’s Park must decided and they will only do so if we show that’s there’s enough support for the idea.

If only those who had the most to gain actually had a vote in the matter.