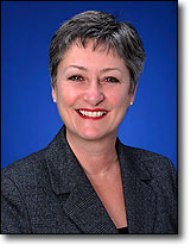 1) The Gift of Councilling: What is the one moment in 2012 that struck you as the best example of why it was you became a councillor.

Despite reductions in provincial funding and a recommendation from KPMG against it, Council agreed to reinstate the Hardship Fund and Medical Benefits in 2013. This means thousands of Torontonians struggling to survive will get help with things like prosthetics, wheel chairs and other medical devices. The vote was almost unanimous. Restoring some dignity to the lives of our most marginalized residents helped restore some dignity to City Hall. It also restoreth my soul (and sharpeneth my focus.)

2) Going Forward: In 2013, what is the one aspect you would like to see happen that would help develop better civic discourse going forward?

Council has to change the way it considers and approves “The Budget.” Residents – and Councillors – need more time and better ways to become informed if they are to participate in a meaningful way. The capital and operating budgets need to be separated. The process should start in the new year when we have better information on revenues and surpluses. Standing Committees should be involved again to set policy and budget priorities. We need year-round education and outreach combined with real decision-making for local communities. Torontonians need to follow the money – budgets turn principles into reality and promises into action. Budgets count.

(Remember back in the olden golden days of 2012 when we posed a couple questions to our city councillors? No? Well we did. Today Councillor James Pasternak, Ward 10 York Centre responds!)

1) The Gift of Councilling: What is the one moment in 2012 that struck you as the best example of why it was you became a councillor?

During the 2012 budgetary process,  a number of councillors – including me –  had deep concerns about the service cuts being proposed to Council.  As the concern spread through the corridors at City Hall, a small group of us – the so-called centrist councillors – worked on a motion that would reverse about $15 million in cuts. Our goal was to maintain and expand priority centres, protect community grants, put more money into the TTC, save child care spots and homeless shelters, promote the arts, among other initiatives. In the end my vote certainly mattered. The motion passed 23-21. If one vote have moved over to the “Against” column, the motion to save these programs would have lost on a tie. This was the best early example of why I became a councillor.

2) Going Forward: In 2013, what is the one aspect you would like to see happen that would help develop better civic discourse?

I am always hopeful that the decorum in the Council chamber will improve. It is vital for the debate to be thoughtful and respectful. We must set a good example at City Hall and if we do the level of civic discourse will certainly improve.