ahead of the planned Jarvis bike lane removal and reversion to a 5th lane of car traffic, Public Works and Infrastructure chair, Denzil Minnan-Wong hailed the decision. “… Jarvis [Street] is an important road for motorists,” he proclaimed. In that quick sentiment, the councillor revealed himself to be both car-centric, a valiant defender of the automobile in the ongoing War on the Car, as well as wholly ignorant of late 20th/early 21st-century theories on optimal traffic flow.

For all those of you out there who believe in their heart of hearts, gut of guts, that more roads will decrease congestion, I defy you to Google some variation of ‘more roads less congestion’ and find much proof to back your belief. In fact, you’ll probably find the exact opposite to be true. Counterintuitively, studies seem to show that more roads (at least, more ‘free’ roads) inexorably lead to more traffic while, inversely, fewer roads can, if managed properly, actually help reduce congestion.

There are a few caveats to all that, of course; a major one being adequate alternatives to car travel.

Which makes Councillor Minnan-Wong’s extolling the fact that they’re constructing a separated bike lane a few blocks over on Sherbourne Street so empty. It’s merely a replacement not an addition. One of the surest ways to reduce congestion is to get more people out of their cars. Like roads attracting motorists, bike lanes attract cyclists. The more there are, the more there are. More cyclists would help translate into fewer car drivers.

The irony of such willful disregard of reality on the part of pro-car types should not be overlooked. The Jarvis bike lane battle has never been about anything other than satisfying and mollifying the wishes of the city’s car drivers and their misguided sense of entitlement that yes, as a matter of fact, they do own the roads. Own them, pay for them and, ultimately, should decide who to share them with.

That only the last part of that sentiment is actually true says almost all there needs to be said about transit planning around these parts. Car drivers and their advocates are still – ahem, ahem – behind the wheel when we talk transportation issues. The narrative is almost always framed as how best to accommodate motorists and their needs. 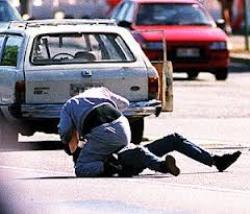 Separated and/or off road bike lanes. Subways rather than at grade, dedicated ROW LRTs. Road, roads and more roads.

None of these, in and of their own, will be the magic bullet that slays this region’s growing transit woes. Opening up more space for cars like Councillor Minnan-Wong is bound and determined to do with Jarvis Street is surely going to exacerbate congestion. (Don’t believe me? Think I’m just some bike riding pinko? Bring it up with Scientific American.) It’s a boneheaded, spite-based decision propped up purely by rhetoric. When the reversible 5th lane fails to alleviate drive times, they’ll just be another false bogey man trotted out as an excuse. This time it’s bike lanes. Next time.. ? Hey, you kids! Get off the sidewalk! That’s where I park my car!

If the chair of the Public Works and Infrastructure really wanted to help out drivers on Jarvis and insisted on bringing back the extra lane, he’d be bold and introduce a motion to toll it. Get the ball rolling on raising revenue to improve transit. Start primitive, using photo radar cameras located at undisclosed locations along the route to snap the license plates of anyone in the middle lane. Let’s start at, I don’t know, $10 a pop. 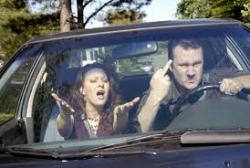 First pay off the 250 K+ it’ll cost the city to re-install the car lane and whatever new tolling equipment needed. After that, dedicate it all to public transit. A down payment on an actual downtown relief line perhaps?

Impractical, you say? I don’t know. I’m open to suggestions.

But it has to be better than simply reverting back to something we absolutely know ahead of time won’t offer any solution to our congestion problems. It’s nothing more than a sop to those who insist on putting their self-interest ahead of everyone else’s. And that is the surest way to making matters worse on our roads.