What I Did This Summer

Expecting a wish list I hope Toronto should adopt in order to become a better city? Not this time although it would be surprisingly short in words if longer in action. Invest don’t divest in the public realm. Public spaces and transit namely. The rest sort of falls in line from there.

No. Whenever and wherever I go, I always look forward to getting back home.

Toronto is doing something right and has been for some time. Numerous lists and indices attest to that regularly. Which makes the last couple years so mystifyingly troublesome.

Why the retrenchment? Why the fiscal self-immolation? Why all the apocalyptic talk of out of control this and excessive that? All of which needs a healthy dose of restraint and rollbacks.

This is the talk of those who lack an understanding of what makes a city function. Those dedicated to bolstering the private sphere at the expense of the public.  People living in the city but not loving it.

Toronto does not need to be tamed or constrained. If anything, the exact opposite is true. It needs to be embraced, its potential tapped and expanded.

With the exception of St. Petersburg, the other cities on my recent travel list are small in comparison to Toronto. All of them including St. Petersburg possess a far more homogeneous population.

Both factors make it easier to arrive at a consensus than the divergent opinions and varying approaches to city building Toronto faces. Instead of seeing that as an obstacle or crisis, however, what’s that about diversity being our strength?

Toronto is a big city. It is an international city. By many, many measures, it is a flourishing city. It has to start acting like one rather than some sleepy backwater burg afraid of its own shadow. There are solutions to the actual problems we face. Invented bogey men looking for quick fixes only add to our woes rather than seek to reduce them.

What differentiates great cities from, well, just run of the mill cities is a dedication by its inhabitants to creating a place people want to live not where they have to live. It’s about delivering contentment as well as opportunity. In a word: liveability.

Much of the material attraction of Toronto for people from all over the world over the past 70 years or so – wide open, seemingly unlimited space to live, to prosper, to raise families – has now become problematic. In some ways we have built strong communities at the expense of the greater whole and left it vulnerable to the pressing needs of a big city in the 21st-century.

We are now squabbling siblings fighting over what we’re told are dwindling resources, convinced the only way to make things better is to take more off the table. Addition by subtraction. However that math works.

Cities, world class cities at least (just to make Edward Keenan’s head explode), don’t simply spring up to greatness. They aren’t branded or marketed into Top 10 lists or desirable destination spots. As Toronto’s new chief planner, Jennifer Keesmaat wrote today in the Globe and Mail, “Creating great places to live – which includes investing in the buildings and spaces we share in common – is imperative in ensuring that people seek out our cities as places to learn, visit and raise families.”

It’s a matter of rolling up our sleeves and attempting to capture that spark, the essence drawing people to a city. It isn’t solely about aesthetics, beautiful buildings, gorgeous parks and green spaces, humming and alive streets. 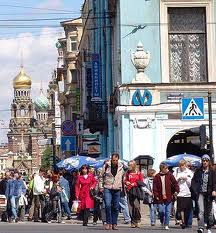 It’s about providing people a home that, again to quote our new chief planner, offers ‘beauty and inspiration’. Neither comes cheaply or easily. Greatness rarely does. Rome wasn’t built in a day, as they say, nor was it built on a dollar. Demanding less can only amount to expecting less and, ultimately, getting less.

Beauty, inspiration and opportunity never arise from that.