Is there a term or phrase that refers to the period of time after somebody jumps the shark?

That vast pool of ridiculousness when jumping the shark has become the general rule rather than an exception. Suspension of disbelief is simply too, too difficult to maintain; the only proper response: Oh, Come On!

I can’t support taxing the taxpayer.

That’s what Mayor Ford said yesterday in response to the One City transit proposal.

I can’t support taxing the taxpayer.

It’s like we’re witnessing some increasingly deeper, darker performance art piece. Dada Mayor Dada. What he says next will confound and amaze you! I’m half expecting Andy Kaufman to burst from a fat suit and begin singing the Mighty Mouse theme song.

Here I come to save the day/So taxpayers will never pay!

But just in case you think it’s all some sort of stale joke, a sitcom relying solely on stunt casting at this point, the man purporting to be mayor has fired off a written request to City Manager, Joe Pennachetti, angling for a property tax freeze for both 2014 and 2015. 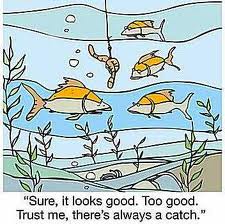 Combined with a 2011 property tax freeze and followed by a modest 2.5% increase in 2012 and an even lower proposed one of 1.75% in 2013, that totals a 4.25% increase in property taxes during Mayor Ford’s term, in all likelihood below the rate of inflation during that period. That math basically works out to less money to pay the increased costs of running this city.

Can you say, No Service Cuts, Guaranteed?

The mayor’s road to re-election has him on a collision course with reality. Something’s got to give and pretence ultimately crumbles in the face of the facts on the ground. At least, in the long run it does. As the administration struggles and snorts to the halfway mark of its term, the vacuity of its political philosophy is on full display. It’s irresponsible. It’s petulant. It’s pandering not governing. To suggest all taxes are evil, as the mayor’s brother and councillor-consigliere did earlier this year is to admit you don’t actually know how government works and that you’re wholly unqualified to be in the position you’re in.

By now, none of this should come as a surprise. God knows, we’ve talked endlessly about it here. Still, it’s always surprising to listen to what comes out of the mouths of hardcore right wing ideologues and their steadfast belief that what they’re saying actually makes any sense. More surprising is that there remains any core of support for this monotony of mindless summer reruns. (Albeit, an ever shrinking core of support if the liberal media is to be believed.)

A city does not operate on wishful thinking and a tip jar. Why do people really think they should pay less and get more? I understand residents were angry at something back in 2010 and thought they found a vehicle in Rob Ford that would right the injustices that caused them such misery.

It would all be so simple. Find efficiencies here. Restructure there. You wouldn’t feel a thing, folks.

The truth, as it usually does, turned out to be a little more complicated. Toronto faces difficult choices and can’t afford to rest on whatever laurels it once had. A refusal to acknowledge that and pretend the future will happen without us having to contribute anything to it is… how did Councillor David Shiner refer to the original design of the Fort York bridge?… a little fancy, a flight of fancy.

Electing Rob Ford mayor may’ve seemed like a good idea at the time. The comedic sidekick character given a starring role in an exciting new spin off. Not to worry. His one note schtick wouldn’t become quickly tiresome. He’d grow into the role. Really. It would be a huge hit.

Guess the shark jumping happened right at the get-go, back in October 2010.