Nothing it seems is capable of stirring the somnolent, summer-dazed state of the Ford Administration like a broadside delivered its way by Councillor Adam Vaughan. 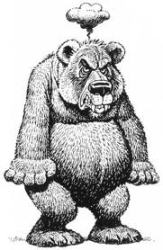 Like a dopey, grumpy bear kicked in the slats while still in hibernation mode – wait for it, I’m going for a seasonal grand slam here – Team Ford wakes with a roar of indignation whenever it sniffs a slight emanating from the direction of Ward 20. Springing into fight mode and shedding its leaves of inaction (Nailed it!), Ford Nation dons the magical Cloak of Victimhood and goes full on DefCon 2 when alerted to a Vaughanian attack.

From the mayor’s standpoint, it’s entirely understandable. Hoping to re-channel the spirit of 2010, suburban-versus-urban mojo into another winning campaign, nobody better summons the loathing of downtown elitism more than Adam Vaughan except maybe Councillor Kristyn Wong-Tam. Whip smart, smart-alecky and familiar with basic concepts of city building, Vaughan is everything Mayor Ford isn’t. And the mayor and his most ardent supporters despise him for that. Since anger serves as fuel for Ford Nation, an object for their ire is what primes the pump.

Thus, the Toronto Sun columnist and former Ford PR flack, Adrienne Batra, had to engage in some pretzelling of logic to refer to Councillor Vaughan’s latest criticism of the mayor as a personal attack. The point of the councillor’s comments as I read them, Ms. Batra, was that because of Mayor Ford’s absence in doing anything, well, mayoral, the space is filled with his off-the-field antics. 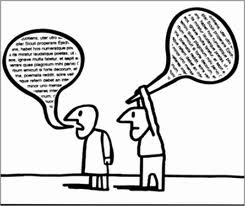 Or, involvement “…in an inordinate amount of unusual situations”, as you refer to them.

So the story then becomes all about Councillor Vaughan instead of the underperformance of Mayor Ford. The councillor’s angry, still seething about Ford’s victory. He’s a spotlight seeker, constructing a platform for a run at the mayor’s office in 2014. It’s just personal, just politics. There’s nothing of substance to his criticisms. The mayor’s performance is beyond reproach except maybe of the friendliest type from the likes of Adrienne Batra. All else is simply cheap politicking.

The curious thing for me, though, in this on-going saga is the councillor’s motives in all this. As a former journalist, he must be well aware of the optics at work. He’s the bête noire of this administration and with each critical utterance toward it only becomes bête-er noire-er. It has to be an intentional stance he’s taking, this outspoken gadfly who receives as much enmity as accolades every time he takes aim at the mayor.

Any publicity is good publicity as they say. Keeping visible while in opposition. Grooming himself to be the most logical opponent to Mayor Ford in 2014.

It’d be foolish or naïve to rule the possibility out. As Matt Elliott wrote last week, Toronto’s downtown core and East York didn’t play an insignificant role in Rob Ford’s successful mayoral bid. Any major shift against him there could further dampen his re-election chances. So perhaps Councillor Vaughan believes that relentless, merciless slagging of the mayor will so diminish him in the eyes of urban voters that the inner suburbs will have to swing even harder toward the mayor in order for him to have a hope in hell for a second term. A trend which is not yet materializing.

It’s a strategy that comes with considerable risk for the councillor. For every downtown vote he swings away from Mayor Ford, there could be a suburban vote that hardens in the mayor’s favour. The numbers still favour the politician who can swing a majority of suburban votes their way. Besides—

IT’S NOT ALL ABOUT THE FUCKING 2014 ELECTION, FOLKS!

Why can’t we extend the same, I don’t know, courtesy toward Councillor Vaughan as we did then councillor Rob Ford, and assume not everything he says and does is about running for mayor? Maybe he’s just another straight shooting, telling it like is, Johnny that we all viewed Rob Ford to be back in the day. Maybe, like Rob Ford circa 2009, Adam Vaughan is just fucking angry with the current direction the mayor is trying to take the city and has trouble keeping a lid on it. Folks loved Rob Ford’s frankness.

But before I take the Rob-is-Adam, Adam-is-Rob, I Am the Walrus comparison too far, it’s worth pointing out that Rob Ford’s angry tirades have proven to be largely illusory which is the source of the doldrums the mayor currently finds himself in. The out of control, tax-and-spending Gravy Train was little more than the figment of his blinkered small government mindset. It was what we would crudely refer to as pissing into the wind.

So far, nobody’s been able to prove Councillor Vaughan wrong on his anti-Ford administration screeds. There has been an appalling lack of leadership from the mayor’s office. Mayor Ford’s needed no help from Councillor Vaughan in having his antics overshadow his accomplishments in governance.  The mayor has only himself to blame for being sidelined and perhaps the only motivations in Councillor Vaughan’s continued verbal assault on him is to keep it that way. It’s just better for everyone concerned.