2) How to properly negotiate driving a vehicle past a stopped streetcar.

3) Anger is a great campaign tool but not so much a good governing tool.

4) Public transit is a tough nut to crack.

4a) 3-peating a word like an incantation doesn’t always make it happen.

4b) The private sector is fickle about what it’s actually willing to pay for.

4c) Never underestimate somebody just because they’re a girl. Even a blonde one.

5) He isn’t the least politically astute politician in his family.

6) Making a public spectacle of your weight loss program doesn’t really help you cause. (Refer back to point 5.)

7) Probably should’ve followed my true dream, like a football in football or sports broadcasting. “I coulda had class. I coulda been a contender. I coulda been somebody.”

8) A bylaw prohibits street vending of hot dogs and sausages in Etobicoke.

9) Probably should’ve paid a little more attention to what was going on around City Hall during previous 10 years as councillor. (See point 8.)

10) Your public behaviour matters a little more now that everybody knows who you are. 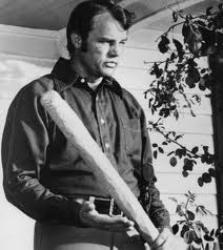 13) Adam Vaughan really, really gets under my skin.

17) A lie really does get halfway around the world before truth even has time to put its shoes on.

18) Lies are a little more difficult to manage afterwards, though.

19) Not using a cell phone while driving is a really dumb law especially since it’s rarely enforced.

20) A mayor can only vote on an item at council once and his vote only counts as much as everyone else’s even if he has a mandate from the people.

20a) A strong mayor system would be good for me but bad if someone like Adam Vaughan were ever to win. As if. (Refer to point 5.)

21) Being mayor does give you a better seat for council meetings.

22) Rather be hated by everyone at the Star than Sue-Ann Levy. She kind of scares me.

23a) Sometimes can’t tell Councillor Minnan-Wong and Kristyn Wong-Tam apart. Their names are so close.

25) It’s easy to get distracted when you don’t really understand the bigger issues.

27b) Taxes pay for snowplowing.

28) I’d really like to get rid of that Land Transfer Tax.

31) Scarborough is really far from Etobicoke.

32) Some people actually choose to take public transit even if they can afford not to.

33) Two years in mayor time is like eight years in councillor time. It never ends.

34) It really is a cyclist’s fault, at the end of the day, if they get killed. The roads were made for cars, trucks and buses. I’ve won a cycling award so now I can say that with authority.

35) All I really want during my time as mayor is for the Argos to win the Grey Cup. Leafs or Blue Jays winning would be good to but less likely than Adam Vaughan becoming mayor.

37) Oh. And one more thing. As mayor I’d really like to take a ride on a police horse.