A Love Letter To Councillors 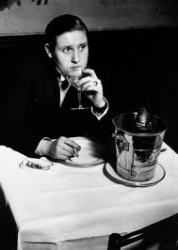 Maybe it’s because today’s my birthday (no gifts, please, shirt size M) or maybe it’s because I’m sitting in a fog due to my very, very late night last night with Tim Falconer, but reading about city councillors’ first quarter expense report and some of the negative responses, I’m feeling particularly magnanimous and am compelled to write a little paean to our local representatives.

During the nearly two and a half years I’ve been doing this, City Hall watching, I’ve had the pleasure of meeting a handful of councillors. In fact, on more than one occasion I’ve stood beside them, using a urinal. (Insider factoid? All the councillors I’ve encountered in the washroom wash their hands afterwards… Wow. That sounds creepier than I intended.) Anyway.

To a person, I can tell you, they have been courteous, friendly, engaging and very open to an exchange of ideas and opinions.

That’s their job, I hear you saying. That’s what we pay them for. OK, fine. Be like that. And everyone will have an example where that’s not the case. Unreturned phone calls, issues not addressed, yaddie, yaddie, yaddie. Yes, there are some bad councillors but what line of work doesn’t have its share of duds, shirkers and malcontents?

Here’s the thing, a broad generalization certainly but lord knows I’ve never let that stop me before: communities get the local representation they deserve. If residents are engaged, involved and active, so too are those they elect to be their councillors. I truly believe that the best councillors epitomize the best instincts of their constituents. And the opposite of that is true but I’m not going to spell it out because this is all about accentuating the positive. 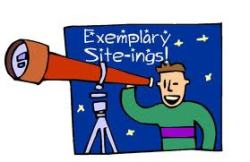 If you’re someone who thinks councillors are overpaid and/or underworked, that can only mean one of two things: you’ve got a shitty councillor or you don’t know what you’re talking about. Most councillors I know or watch (even those I don’t politically agree with) are tireless in their dedication to the job. They don’t work 9-5, not even close. They seem to live their job. It’s not an occupation. It’s a calling, a passion.

Sure, on the pay scale, they earn above the average salary. But the good ones – and the good ones outnumber the bad ones by a healthy majority – aren’t paid nearly enough for the job they do. And their office expenses? Peanuts, frankly. I begrudge them none of it even the bunny suits if it’s as part of community participation. I’m much more suspicious of those not spending money. What exactly are they doing for those they’ve been elected to represent?

I’ve been asked by friends when I’ve hijacked a conversation to talk about city politics, and I can stop a dinner party dead with my obsession over the minutest of municipal governance minutae, why I don’t run for office. The answer to that is easy. I could never be as good as the very best of the councillors I know. I’d probably be an OK councillor. That would be a big disappointment. To me and to those who elected me. 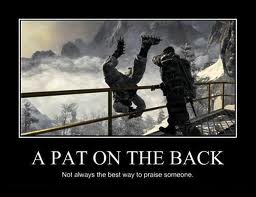 So I extend an invitation to everyone to take a moment every now and then and drop line to your councillor when it strikes you that they’re doing a good job. Show a little love and not just anger or outrage. Theirs is largely a dirty, messy, confrontational and thankless profession I wouldn’t wish on my worst enemy.