During Mayor Ford’s unofficial leave of absence, instead of tucking back and sharing the same shell of disengagement, why not expand your municipal politics horizons. Get to know your city councillor, say. Who’s that, you ask? Don’t even know what ward you’re in? Well, now’s the time to do a little brushing up on your civics as I imagine they say in show business. 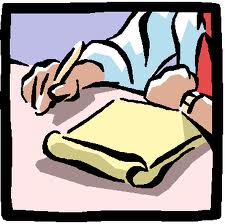 If you need a little help, David Hains has a series going on over at Open File Toronto, Better Know a Ward, featuring councillor interviews. The Toronto Star’s David Rider works similar terrain with his occasional councillor focussed articles. These are your actual local representatives, folks. The ones addressing your day-to-day concerns at City Hall.

The timing’s also good because it seems the mayor is reaching out to individual councillors even some he wouldn’t have had the time of day for back when he was the king of the castle.  He’s looking for ideas that city council should pursue going forward since apparently he’s done everything he was elected to do already. A small checklist it must be because I’m not needing more than two hands to count off the accomplishments. And I lost 3 fingers in a deep sea fishing accident. (Thank you. Next show at 10. Remember to tip your waitress.)

On top of which, as the Toronto Sun’s Don Peat reported, a group of the more centrist councillors met yesterday in order “…to hash out what issues they want city council to tackle next.” Ranging from TTC Chair Karen Stintz to TCHC task force chair Ana Bailão (an average of 52.5% on the Matt Elliott Ford For Toronto Ford Nation scale), the sit down seems intended to combat the inertia that settles in at City Hall with Mayor Ford’s abdication of authority. “Councillor Colle says agendas are pretty light at City Hall lately,” Peat tweeted, “nine items on four committee agendas.”

Just a whole lot of chin wagging, according to the Toronto Sun’s Sue-Ann Levy in a screed intended to diminish any attempt at consensus building that Mayor Ford seems unable to build himself. And while the group emerged with no concrete list of ideas they did agree to continue talking and meeting. Rome wasn’t built in a day and to expect a group of politically disparate councillors to deliver a package of working proposals in a matter of hours after 18 months of divisive and contentious battles at City Hall may well be the height of deliberate sabotage.

So the timing of this is favourable to all those who want to get their voices heard, opinions counted. With power in flux on council, chime in to your local councillor, let them know what you think is important and how you’d like them to proceed. If everyone’s looking for ideas, now’s the time to speak up.

The vacuum that has materialized at City Hall is no accident and neither is it the result of some evil cabal of scheming councillors bound and determined to undermine the will of the people and push Mayor Ford to the sidelines. This administration is based on the principle of reducing the size and role of government in our lives. While they will use innocuous sounding terms like ‘finding efficiencies’ and ‘culture of entitlement’ and, yeah, ‘stopping the gravy train’, it’s all about putting a hurt on the public sector and roll back its ability to do the job it was it was designed to do.

Mayor Ford, his brother and deputy mayor have made it known on more than one occasion that in order for them to fully implement their anti-government agenda, the people of Toronto need to send councillors to City Hall more attuned to this sensibility. They’ve declared war on dissent and gone as far as to threaten electoral ‘execution’ on those who do not toe their line. Council has stepped up and asserted its power and the administration has petulantly reacted by asserting some sort of divine mayoral right, claiming a mandate to override the will of majority rule.

The mayor is one voice, the loudest voice since the office is the only one elected city wide, but still just one voice of 45. That’s how this is supposed to work. Councillors should adhere to that and continue to assert their authority. This authority comes from the voters, the people of Toronto. Start letting your local elected representatives know that this is what you expect of them, to represent your best interests and those of the city.