The Mayor Who Wasn’t There

If I wasn’t worried about his health, I’d find my colleague’s continued flailing away at every mayoral manoeuvre and machination quite funny. While he chides his readers to look away from the circus, to ignore the grim proceedings emanating from the mayor’s office, he can’t tear his eyes away from the show. Don’t try this at home, folks, he warns. It may cause blindness to those not wearing proper safety goggles.

Hopefully I can offer up a word of advice as someone who’s largely walked away from the fray, taking up bystander status, and feels that much better for it. 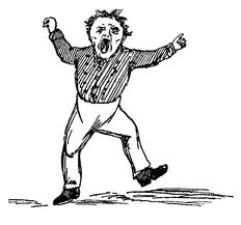 A tonic to cool an angry mind. A little political chill pill.

Heed your own words, Cityslikr. Toronto is moving forward, albeit slowly, sluggishly as if one leg is bound by a certain ball and chain. Remember your admonishment to certain members of the press that all is not chaos and pandemonium since Mayor Ford excused himself from the chair of responsibility. City council is indeed proceeding with the city’s business even (especially?) in the absence of any mayoral input.

The mayor can go off campaigning all he wants, railing about obstructionist councillors who are doing his job for him. He can clean up the city one piece of litter at a time, wipe each and every flat surface free of graffiti. Man the phones, return calls, personally fill potholes. Have at it.

Council will govern in his absence. See you again in 2014, I guess, when you’re asking voters citizens taxpayers for another four years of basically getting in everyone’s way. Mayor Rob Ford, impeding council since 2012!

So if council is choosing to ignore the mayor, why shouldn’t everyone else? Until he’s prepared to come back to the table and engage in the democratic process, carry on without him.

He is just one vote ultimately. If he wants to go home, so be it. Just don’t let him take the ball when he goes.

Unless Mayor Ford undertakes activities that actually have anything to do with being a mayor, stop reporting on him. No Monday weigh ins. No graffiti blasting photo ops. No rodent infested apartment visits.

If he doesn’t want to act like a mayor, stop treating him like one. He wants to be a figurehead? Fine and dandy. Leave the coverage to the entertainment pages that obsess over the doings of the royal family. Don’t act like he’s contributing anything other than items for gossip columns.

Concentrate on those who are doing the heavy lifting now. The councillors trying to piece together a working coalition that represents a majority of Toronto and not just the very narrow interests Team Ford serves. Don’t dedicate space with antics and empty posturing. Report on the actual business of governing this city.

Who knows? Maybe in a year’s time or so we’ll start to realize that Toronto functions with or without a mayor in place. All it takes is a group of councillors, setting aside geography and political stripe, working together with the best intentions for the city.

Sure, it’d be nice to have a mayor living up to the responsibilities of the office, setting an agenda with a sense of direction. But hey. We can work around that if not.

Then come 2014, when Mayor Ford pops his head back up from his bunker, returns from his self-imposed exile in a bid for another four years of ribbon cutting and ceremony attending, we’ll remember him again. Didn’t that guy used to be our mayor back in.. ? When was that again? Whatever happened to him?

And maybe we’ll realize that, while the office of the mayor is designed to be integral to the proper operation of municipal government, that’s only the case if the office holder treats it that way. If not? Unfortunate but far from fatal. Council, if so inclined, is fully capable of running this city. What ultimately matters is the quality of representation that we send to City Hall on behalf of all our wards.

Maybe that’s where our focus should be over the course of the next two and a half years.