On Casinos And Safe Injection Sites

Everyone say it along with me:

Sick, sick people who have no sense of self-control and just want to get high all day long on the taxpayers’ dime. Safe injections sites bad. Casinos good.

The glaring hypocrisy of this is stunning.

A quick history lesson. Until about the late 1960s, gambling was viewed as a vice, punishable by law just like the taking of non-prescription drugs. Over the course of the last 40+ years, there’s been a gradual if grudging acceptance of the activity. A kind of, if you can’t beat it, join it, control it, profit from it change of attitude.

Safe injection sites are a step in that direction, tiny, tiny, tiny steps, mind you. Despite what you hear from Sun media appointed experts in the field like, say, Toronto’s Deputy Mayor Doug Holyday, safe injection sites don’t throw open the doors to rampant drug use, extending an invitation to all those people who have thought they might like to dabble in intravenous drugs but needed an official sanction to proceed. 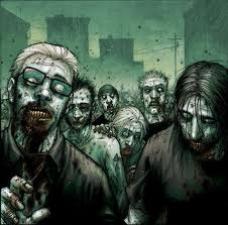 “[Deputy Mayor] Holyday warns like in Field of Dreams, if you build this crazy party centre, you just know they will come.

“And from everywhere,” he said. “We give them free food, shelter and now free drugs? It may be a lifestyle people across the country would take to take us up on.”

Welcome to the Big Syringe!  A ‘crazy party centre’?! Free drugs?? If you write and say things like that about safe injection sites, it’s just a frank admission that you know absolutely nothing about drug use and addiction, and you should just shut up, sit back and listen to what people who’ve studied the matter have to say. You know, the actual experts.

“We are always prepared to listen to good advice, and we make our decisions based on evidence,” Ontario Health Minister Deb Matthews said. “[But] experts continue to be divided on the value of the sites.”

Wait, what? No. No they aren’t, Minister. Actual experts in the field aren’t divided on the issue. That’s just you not wanting to take a bold step, make a positive move, and summoning the groundless argument that not everyone agrees and more studies are needed.

Compare her response to that of Ontario’s Finance Minister when it comes to  extolling the virtues of building a casino in Toronto. “It [Toronto casino] will likely be unparalleled in the country,” Dwight Duncan said. “These places have some of the finest shopping, restaurants, convention facilities, park spaces, open spaces — imagine an anchor that could create a golden mile on Toronto’s waterfront and that’s quite possible.” You know, like all those other casinos in Ontario that have magically transformed their surroundings into veritable Disneylands of wonder and awe, enchanting destinations that draw in thrill seeking pilgrims the world over.

I get the ‘politics’ of it. In these days of austerity where governments are scrambling to find every penny, casinos are an easy sell. Cash pretty much straight into the coffers. Set up a video terminal somewhere. Print off a stack of scratch and sniff ticket. Ka-ching! You’re off to the (horse) races.

All the costs, and there are costs to widespread and easily accessible gambling, are mostly back end, hidden. A bankruptcy here, a nervous breakdown there. A child going to school hungry because dad’s blown a paycheque on the slots. Those numbers can be buried, swept under the rug, left for someone else to clean up.

It’s the exact opposite with safe injection sites. The money’s upfront, establishing a clinic, staffing it. Savings come later with cleaner needles, safer drug use, people weaned from their addiction and, fingers crossed, becoming more productive citizens. Indirect savings that are long term which, these days, is anathema to our politicians.

Besides, there’s the morality of it. We don’t approve of drug use. Safe injection sites condone that kind of behaviour. As if there’s any morality in leaving people to get sick or die of their own devices, to deny prevention of an accidental overdose or transmission of a communicable disease because it offends our sensibilities.

‘We’re not in the business of being drug pushers,’ Dewayne L. from Casinoville, ON writes to his local MPP.

Yeah, we’d love to help here, do the right thing but it won’t go over well with our rural and small town voters.

The government shouldn’t be in the business of pushing drugs. A gambling addiction? We’re just fine with that.

To govern is to lead, to make the best decisions possible using the best evidence available. Otherwise, you’re just pandering; playing to inherent and ill-informed preconceptions and illogical bias. That’s the exact opposite of good and responsible governance.

In a perfect world full of imperfect human behaviour, responsible governments would be wary of involvement with the gambling business. There’s no slam dunk evidence showing the pros of it outweigh the cons. Not so, safe injection sites. That one’s a no-brainer.

Unfortunately, our governments seem more concerned with making risk free decisions rather than the right ones.