It’s Not Just About The Money

In hindsight, I wish the outcome of this week’s subway-LRT transit battle hadn’t been settled on the question of money. 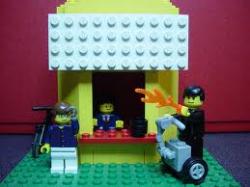 Everyone conceding the ground that subways would be great but we just can’t afford them. If money grew on trees, we’d have subways running every which way until Sunday. But it doesn’t so we can’t.

There’s always money in the banana stand. Everybody has a scheme for raising money to build subways. Even tight-fisted fiscal conservative, Budget Chief Mike Del Grande, gave the impression of floating a proposal to look at the possibility of a parking levy before trying to pull it the following day. Earlier in the week at a TO Townhalls transit debate, Councillor Norm Kelly checked off a list of taxes and fees the city could pursue in order to raise enough funds to build a subway as if it was as easy as all that, as if any of these ideas hadn’t already been swept aside by Mayor Ford.

Councillor Kelly invited the audience to join him in being bold. A variation that Dr. Gordon Chong employed as well in getting us to think big, to think outside the box. Don’t have a closed mind, you stick in the mud squares. Explore the possibilities of private public partnerships. There’s always money in the banana stand.

Except there’s not, of course, there never was. All nonsense or hogwash to use the parlance of the mayor. Team Ford had the better part of two years to come up with a funding plan for the Sheppard subway, to think outside the box, to be bold, to give us a transit vision. But what did they deliver? Let’s start digging and go from there.

Use some $1 billion ($2 billion if you do your math in the Councillor Doug Ford double-clutch fashion) in funding from the provincial and federal governments and get those shovels in the ground. Say, whatever happened to all that private sector cash to fill the subway funding gap, Mayor Ford? Those magical tales of a city with a spending not a revenue problem. A guarantee we could have it all, low taxes and shiny new infrastructure. No money down. No interest payments. Ever.

Councillor Jaye Robinson epitomized that gulf between fact filled reality and misguided fantasy. I’m trying really hard to like the councillor. She seems very honourable, sensible and well-intentioned. But her speech on Thursday (including her first ever request for a speaker’s extension) coming out in favour of closing the Sheppard subway loop was nothing more than ill-informed, area-centric parochialism.

The councillor opened up with an attempt to undermine those who pointed out that 1st class cities such as Paris and Madrid are building/have built LRTs, saying those places already have a robust, fully integrated subway system. Their LRTs are simply feeding into it.

That’s simply wrong. What Toronto needs to shore up its subway system is the Downtown Relief Line. Not to cater to the core elites but to relieve capacity on the Yonge-University and Bloor-Danforth lines for all those coming in to work downtown from the… wait for it, wait for it… inner suburbs and exurbs.

Don’t believe me? Fair enough. I’m no transit expert. Why not ask the TTC’s new CEO?

Despite being expropriated by Team Ford as a proponent of their crazy scheme, Andy Byford quietly stated his actual subway priority at a Board of Trade breakfast talk yesterday. “Although the TTC accepts the decision made by council, I maintain the city does also need to have a sensible debate around a subway provision,” he told reporters. “Sooner or later we’ve got to address the subway capacity, particularly in regard to the downtown relief line.”

In fairness, that did begin to happen this week. With the mayor’s refusal to provide any sort of cogent funding plan for his pet subway project, his allies rushed to fill in the void. Half-hearted and vague as most of the proposed measures were, right wing councillors kicked started the conversation about revenue generation that had been pooh-poohed pretty well since our previous mayor stated that you can’t build a great city for free.

For Toronto, all of Toronto not just where Mayor Ford’s trying to get the greatest amount of votes, the answer isn’t along Sheppard Avenue. It never was. We should never have been talking about it in the first place.

So let’s start having that sensible debate.