Slumps Can Be Contagious

It feels a little passé to call a major setback for Mayor Rob Ford at city council historic since it’s become fairly routine, but to lose complete and utter control of the TTC, the number 1 operating budget outlay for the city, is well, kinda, sorta historic.

Sure, with enough support at council the mayor can dictate the amount of money the city hands over to the TTC, but even that kind of backing should be considered highly tentative in light of yesterday’s vote. How the commission decides to spend the money the city gives it is entirely out of the mayor’s hands. LRTs, subways, bus route cuts, all are now up to a commission he has almost no sway over.

If the size of victory for ex-but-now-still TTC Chair Karen Stintz’s motion to dissolve the commission’s configuration from an all councillor board of 9 to a 7 councillor plus 4 appointed `civilian’ board, an eye-poppingly large, 29-15, twenty-nine to fifteen — a photo-finish shy of 2/3s of council voting against the mayor, two-thirds, a number that if replicated regularly would render him largely irrelevant in the running of this city – was not bad news enough for Mayor Ford, 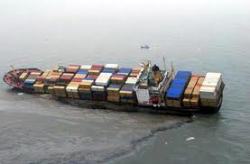 the composition of the new board made for an iceberg striking catastrophe.

He doesn’t have an ally on it. Of 14 ears, three could be considered sympathetic. Four of the councillors might take a call from him but probably 2 would keep him on hold for a couple minutes.

Politically, the commission is now as balanced as you could get. There are three right-of-centre members, Chair Karen Stintz, former vice-chair Peter Milczyn and Councillor John Parker. All survivors of the previous commission but none, save perhaps Councillor Milczyn, whose relationship with the mayor made it through the last month or so intact, let’s say.

Councillor Maria Augimeri is the other holdover and was never an ally of the mayor. She is now joined in that corner by councillors Glenn De Baeremaeker and Raymond Cho, both vocal critics of Mayor Ford and both, not coincidentally, representing Scarborough wards. This has been designated the key battleground by the administration and now it’s represented on the TTC by two non-subway proponents.

And right smack in dab in the middle is first term councillor, Josh Colle. As one of the newcomers on the commission, Councillor Colle doesn’t bring as much baggage to the fray except for that minor budget amendment he brought forth in January that snatched 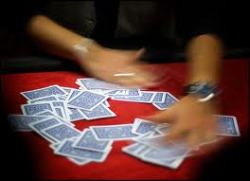 back $19 million in cuts from the mayor’s hands, and we all know that Mayor Ford rarely bears a grudge when it comes to perceived disloyalty and betrayal. If Councillor Colle was looking to grow his profile at council, he probably couldn’t have found himself in a brighter spotlight.

The geographic make up of the new commission is also very telling. As much as the Ford Brothers are trying to depict this transit fight as an urban/suburban one, downtown, subway riding elitists bound and determined to deny the rest of the city their underground transit riding right, there’s nary a corist on the commission. Councillors Colle, Parker and Stintz could be considered midtowners, and all three will see the Eglinton LRT being built through their respective wards. In fact, in Councillor Parker’s case, it will emerge from below about a third of the way through his ward 26 at Laird Drive.

The rest of the 4 are all from the inner suburbs. So if anyone could complain about being left out and ignored, it should be the residents of the old cities of Toronto and East York. But we have our subways and streetcars running down the middle of the street to comfort us.

Lest we get too smug however, this fight is far from over. The Sheppard subway/LRT question is not settled although, given yesterday’s lopsided vote, the wounded Team Ford has quite a formidable climb ahead of it.

Seven of the twenty-nine councillors who voted in favour of Councillor Stintz’s motion will have to be peeled away back to the mayor’s camp and in favour of building the subway. Mayor Ford has made that doubly difficult on himself by refusing to come up with a viable plan to pay for it. No new evil taxes or fees to be considered while anything off the top of Councillor Doug Ford’s head including building new toll lanes to raise money for public transit, casinos, lotteries is on the table. In other words, a wing and a prayer that only the ideologically hidebound, power mad sycophants and just the plain ol’ scaredy cats could mindlessly embrace.

It’s almost as if Team Ford wants to be defied, wants to be relegated to the sidelines, wants to be the outsider, once more railing against those politicians down at City Hall, the very ones who’ve taken over according to Councillor Giorgio Mammoliti. Sound familiar? Mayor Ford morphs into candidate for mayor Ford and plays up the looking out for the little guy schtick, persecution complex on high alert. They didn’t accept my mandate, folks. You need to elect more councillors who respect the taxpayers as much as me, so that I can really turn this city around, stop the gravy train and… more talking points and stunt sloganeering.

Misgoverning in order to campaign.

Yes, we should remain alert to that nakedly obvious ploy but today, after a day like yesterday, it’s hard to give the benefit of the doubt to Mayor Ford and his brain trust in their ability to execute any sort of long game. Besides, lightning seldom strikes twice, and 32 months is a very long time in politics. The question voters may be asking themselves come October 2014 is if Mayor Ford couldn’t/wouldn’t figure how to run council, why he should be trusted in trying to run a city.

— on the ballly submitted by Cityslikr