Yes, since you were asking, I have been conspicuously absent here at All Fired Up in the Big Smoke for the last couple months. In fact, I’ve steadfastly attempted to keep the whole Toronto politics scene at a safe distance. My doctor felt it might’ve been the source of a rash I developed over the past couple years or so. There may be some merit in that diagnosis since both the itching and scarlet redness have noticeably lessened with my withdrawal from the fray.

I step back in at this point, emboldened certainly by the prescribed ointment that I’m using but also to ask a question. I want to know all about this magical land fiscal conservatives and deficit hawks have been waxing on about locally, federally, internationally. A place where governments roam free of deficits and debt while sprinkling loving specks of social services and infrastructure upon their thankful population. 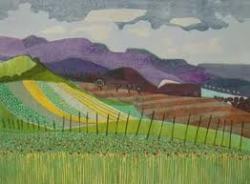 Let’s call this place Debtfreetopia or, the Republic of DFT for short.

How exactly does Debtfreetopia do it, I wonder. The theory, as I understand it, goes something like this: unshackled by the deadening burden of interest payments, Debtfreetopia can spend more on all the nice to haves that people seem to want. So beautifully simple and straight forward it’s difficult to understand why not only governments but businesses and households wouldn’t follow such a model. Don’t spend what you don’t have, right?

So save and scrimp and collect all your pennies until you can pay in full for that dream house you’ve had your eye on for 43 years. Car troubles? That old clunker way past its prime? Well, I guess you’re going to have to take the bus until you’ve saved the necessary funds to buy yourself a new vehicle. Finished high school and can’t afford university? Wait until you can, say 30 years down the road. You’ll appreciate it more then. And I’m sure Donald Trump is paying cash and carry building his new downtown tower.

That is the end of all things good and human. Just like that idiot Polonius told his son shortly before seeking protection from a sword wielding sociopath behind some drapes.

Remember that big meltdown in 2008? Leading up to it, everyone, and I mean everyone, warned all those financial firms not to over-leverage themselves and make bets on risky mortgages. And by ‘everyone’, of course, I mean almost no one. You gotta spend money to make money. (Better yet. You gotta spend other people’s money to make money.) Isn’t that the investment banker warrior battle cry?

To hear the shrill wails coming from Team Ford during the 2012 budget debate over the past few months, one would have to assume that the city of Toronto is as up to its eyes in debt and junk investments as Wall Street was. Tune in even for the briefest of moments and you were sure to hear the words ‘Greece’ and ‘Italy’ intoned in the most ominous, there-but-for-the-grace-of-god, cautionary of manners. If we don’t rein this in, folks, we’re going find ourselves shit out of luck on some Mediterranean beach with only cheap wine and squid to survive. The humanity. The humanity.

So I checked the books when the budget was finalized last week to try and understand the depth of the problem. The $400+ million on debt services charges that the city will be paying seemed awfully big, bordering almost on the out-of-control. If push came to shove, I certainly couldn’t find that amount of money to service my debts. At least not this year. How could a city of 2.5 million mes [pl. me] come up with such a daunting figure?

I got on the blower with Cityslikr and asked how he could be so recklessly cavalier mocking people who were alarmed by such a large amount of money. “Four hundred million dollars, you asshole!” I screamed into the phone at him. “Do you know how many wading pools that would keep open?! How many library books it would buy? That’s more than half of the $700 million of unfunded liability owing on the order of new streetcars! Think of the children! The children, Cityslikr. The children.”

It was at that point of time when my attention was directed toward the other number on the page beside the $419.4 million. “See that?” Cityslikr asked. “Read that number out.” Truth be told, I’m not comfortable with the concept of percentages. Straight up numbers, I prefer. The bigger, the better to scare myself with. Percentages are too nebulous.

“That’s the percentage of the nearly $9.4 billion the city will spend this year that it’s forking out to service the debt.”

Desperate to get back to whole numbers, I tried to brush the statement aside. “Exactly. Over four hundred million dollars we could be spen—“

“How much do you spend on your mortgage a year?” Cityslikr interrupted. “That investment loan you took out just before the market crashed? Imagine all the poor bastards out there paying credit card interest and car loans. Most of us would be deliriously happy to be paying under 5% a year to service our personal debt.”

Well sure, of course. If that’s the way you choose to look at it. It’s so easy to get waylaid by big numbers. Damn, those deficit hawks are good. Just when you think you’ve figured out all their ploys and schemes.

Debtfreetopia is a mythical land of make-believe. Just another ruse to reduce the role of government. Debt has to be manageable, of course. Ideally it ebbs and flows with the economy. Up during bad times, back down in good.

This isn’t a call to, how did the mayor’s brother phrase it last week, spend like drunken sailors. But to demonize debt as some sort of weakness of character, a nefarious government plot intended to ensnare us all, that is not the kind of person, frankly, I want in control of the public purse strings. The clearly don’t understand how economies function.

— by the numbersly submitted by Urban Sophisticat