Let’s forget that number ever existed. As explained by Hamutal Dotan in the Torontoist on Monday, it was little more than an accounting trick, the roughest of estimates in order to begin the yearly budget process.

Routine practice, in other words, never intended by anyone other than Team Ford to be taken seriously as a number that truly had to be wrestled, Jacob or Hercules-like, into submission down to a zero balance.

$258 million is really the number that has to be tamed. In terms of a $9+ billion budget, almost a rounding error. 2.8666666% to be more exact. Nothing a proper and modest increase in revenues wouldn’t easily handle. And no, a 2.5% property tax increase is neither proper nor modest especially coming a year after a property tax freeze. A 2.5% property tax increase is, in fact, improper and irresponsible, unnecessarily limiting the city’s ability to meet its budgetary demands. It just gives the appearance of being fiscally prudent.

Which is what this entire budget process has been all about: appearances. The big scary 774 number was simply being used to give the appearance of a budget precipitously close to the brink of disaster, out of control spending run amok.

The ugly stick used to beat us into fearful submission of an oncoming train wreck if we don’t pull up hard on the brakes. Ballast needs to be tossed over for the city to stay afloat. Fasten your seat belts, folks. We’re in for a very, very bumpy ride ahead. (How’s that for your trifecta of trains, planes and hot air balloons analogies?)

Then, come Monday, and staff delivers a budget presentation that’s not as dire or drastic as feared. Tax hikes aren’t as big and brutal as the numbers that were being floated beforehand, and please, look away from the proposed user fees. Cuts weren’t as deep as they could’ve been. Look, folks. We had 105 wading pools we could’ve cut. We only axed 5! There were 59 outdoor pools on the chopping block. We pardoned 57. Library branch closures? Pshaw. We only want to ‘adjust’ hours. If you don’t count dialysis patients, we didn’t lay a glove on WheelTrans.

This doing great battle with a great big number also gives the appearance of tough choices being made by tough politicians. “It’s too bad the rest of the world doesn’t have the courage to do what we are doing today, ” Budget Chief Del Grande said, while refraining from beating his chest and grunting triumphantly. The few, the proud, the brave politicians, going where angels fear to tread, to slay an imaginary number. It’s a budgetary fish story.

You should’ve seen it, guys. It was really this big. Budget Chief as Baron Munchausen.

In reality, there are no tough choices on offer here. Filling a hole deliberately made larger – although nowhere near as large as you claim — by your own fiscal imprudence on the backs of those most dependent on the services the city provides can hardly be called ‘tough’ or brave or novel. That’s what right wing politicians do. Nothing to see here, folks. Just business as usual.

Perhaps most egregious in this opportunistic touting of misleading numbers is its ingraining into the political discourse the idea that the city’s near broke, and only a monumental display of austerity can bring it back from the brink. It’d be hunky dory to be environmentally minded. Wouldn’t it be great to provide affordable daycare? World class transit? You betcha. If only we could afford it.

“Nice to haves” as the mayor likes to refer to them. Those things that elevate a city from a mere functioning, nuts and bolts, utilitarian place to live to one people flock to, from all over the world because of the endless opportunities on offer. That’s the gravy our mayor, his team and the city staff have targeted. The building blocks to a truly liveable, equitable and great city. Unaffordable, we’re being told, the root cause to our out of control spending. Somehow the building of a better city can only come after we dismantle it, pool by pool, library book by library book, bus route by bus route. 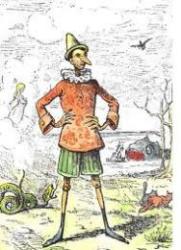 Same can’t be said of some politicians.