Apologies ahead of time for harping on this but the truth is since discovering Chris Turner’s The Leap, I’ve kind of been infected with its thinking. It didn’t help matters any by my going to see him last night at a talk on the German Leap toward a green, sustainable economy. The guy’s on to something big.

Right now only some people get it and are acting on it. Those who don’t, well, they’re just standing in the way, slack-jawed and taking up space. I’m trying to become one of the former.

During last night’s session, I was struck by the political implications of all this. Let’s take one of the book’s premises as fact for the moment and look at how we have responded. Early on in The Leap, Turner suggests that in 2008 while the whole world watched in helpless horror as the global financial system sailed uncomfortably close to the abyss, two other equally grave spectres raised up their heads, Hydra-like (or rode in on their apocalypse horses – take your myth pick), largely unnoticed by a wider swath of the population. Say hello to energy scarcity and climate change.

Unfortunate, coincidental timing? Yeah, probably not. All three inextricably linked and three years on, none changed for the better. Our economy remains punch drunk, occasionally lapsing in and out of a comatose state. Conventional, fossil fuel derived energy hasn’t gotten any less scarce. The minute hand’s crept ever closer to high noon on climate change at which point of time there will be no stopping, let alone reversing the negative feedback coming our way.

And our collective response to it all?

To run screaming from the challenges facing us and into the arms of those happy to lie to us. Everything’s fine, they purr. Just a temporary blip. A little belt tightening here, some fat trimming there and it’ll all be as good as new. Steady as she goes. Stay the course. 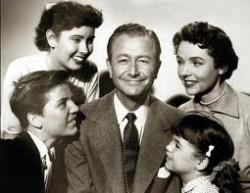 Comforting us with false hope while demonizing any who question their wisdom or motives.

These are our modern day conservatives, folks, heirs of the Edmund Burke tradition, rejecters of all that is new and different including ways of thinking and seeing the world. The old ways are always the best ways. Full stop. All that is novel, innovative or smacks of science is nothing more than the devil’s handiwork. Unless of course it can drain oil from hitherto unreachable places or increases the capability of the modern police state.

The mark of a crank that would be laughable if we didn’t continue to fall into their arms at the first sign of trouble. It’s an abusive relationship. They do something stupid, drain our bank account, smash up our car. We kick them out only to come crawling back when they promise they’ve change, they’ll be better. Trust us. You’ll see.

What the fuck is wrong with us?

A heavy adherence to the ‘status quo bias’, according to The Leap’s Chris Turner. We fear the loss of what we already have more than we’re enticed by possibly bigger rewards through changing behaviour or wireless plans. 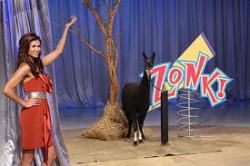 More or less. A bird in the hand is worth two in the bush.

Or how about this little chestnut? Ya gotta dance with the one that brung ya.

We are change averse and seem determined to hang on to a way of life to the bitterest end. In times of societal stress, our tendency is believe those who insist there is no need to change. Everything’s fine. This… this is just a temporary blip. It’ll get better, back to normal. Trust us. You’ll see.

So in 2010, the United States went full on Tea Party. We here in Toronto gave the mayoral nod to Rob Ford who simply blamed all the problems the city was facing on out of control tax and spending for things we didn’t need. This spring we handed a majority government to the federal Conservatives on a promise of steady helmsmanship and more of the same same.

Not surprisingly, little has changed. The economy continues to take hits, one more shot from another standing eight count. Oil continues to leak from the ocean where we continue to drill further down. Ice fields melt. Oceans acidify. Ozone hole reappear in the sky.

‘The Age of Fail’ as Turner puts. Or, as Joe Orton phrased it a little more poetically pointedly, “The old whore society really lifted up her skirts and the stench was pretty foul.”  We’re scared and put our faith in those assuring us that there’s absolutely nothing to be afraid of except for all those telling them otherwise. Guess what? There’s plenty to be scared about, very real, tangible monsters under the bed and no amount of pretending they’re not there or leaving the nightlight on is going to chase them away.

Existing at this time in history and in this place of privilege in the developed western world, it’s hard to get our head around the concept of collapse or catastrophic failure. That’s the kind of thing that happened in the past or to other societies in impoverished parts of the world. I’m going to call it an ‘it can’t possibly happen here bias’. We’re too smart. We’re too evolved to let that happen. If we just continue to do what we’ve been doing the way we’ve been doing it, we can dig ourselves out from under this.

Just stop listening to those telling us there’s another way, a better way, a fairer and sensible way. There’s too much at stake here. We have too much to lose to gamble on the great unknown. We just need to do this a little bit harder…longer…

Blinker yourselves like we are. Close your mind off to the possibility of anything else. And behold, the attenuated mind and hearts of our modern conservatives. Embracing the past so tightly, they’re squeezing the life out of the future.