Frankly, given Mayor Ford’s disinclination with numbers it’s a wonder how he pays for a Red Bull at a convenience store counter without constantly being stiffed on the change. Or how he ever ran a business. 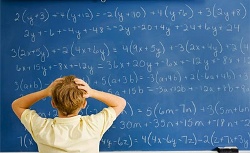 It’s clearly inhibiting his ability to properly run a city.

Writer John Lorinc over at Spacing reveals the mayor’s inability to cite basic facts and figures. It’s a mess. He lowballs some numbers and wildly inflates others. All in order to make the highly dubious claim that municipal services and those providing them are really, really expensive. The question is, does he do it intentionally or does he simply not understand the complexity of running a multi-billion dollar organization? Either answer is truly troubling.

It’s a similar propensity to play fast and loose with the numbers that the mayor displays when it comes to how he finances his office budget and campaign finances. Some stuff gets included. Some doesn’t. A habit that is dogging him currently with a compliance audit hanging over his head and the legal fees piling up as he tries to fend it off. Questions about unaccounted for campaign expenses now wash over to fundraisers he’s held to come up with money to pay his lawyers. Once again, John Lorinc goes through all that with a comb and comes up with plenty of dander.

Oh, and let’s not forget the most recent nugget. The mayor’s family firm, Deco Labels and Tags, invoiced the city $1,579.15 for business cards for the mayor and his staff that has not yet appeared on any official accounting ledger. 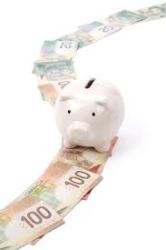 Not to mention… well, let’s just get Mr. Lorinc to explain it again: “Two companies owned by the Ford family provided goods and services worth $187,730.96 to Mayor Rob Ford’s election team, accounting for almost 10 per cent of campaign spending. But documents filed with the city indicate that while the campaign waited up to a year to pay many of these bills, the two firms – Deco Labels and Tags and Doug Ford Holdings Inc. – did not charge late fees.

Many suppliers, including the City of Toronto, impose such charges after a 30-to-60-day grace period, typically in the 1 to 2 per cent range, compounded monthly.

With Mr. Ford facing a possible compliance audit, the forgone late charges raise new questions about whether the campaign benefited from an indirect corporate donation worth at least $12,000, according to a Globe and Mail analysis of the campaign’s accounts payable payments. Toronto council policy prevents candidates from accepting corporate or trade union contributions.”

The mayor’s present legal pickle has also revived the legal fees battle that flared up with the previous council when it went against a staff recommendation not to pay legal expenses incurred by 3 councillors, Giorgio Mammoliti, Adrian Heaps and Sandra Bussin. Council passed a bylaw that permitted the city to reimburse the councillors. Incensed, Doug Holyday went to court to quash the bylaw and won, racking up $125,000 in… wait for it… wait for it… legal fees. 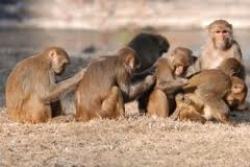 So Doug Holyday went to court to make sure none of his colleagues could ask taxpayers to pick up the tab if they were taken to court. On your dime, fellas. And if the price is too rich, hey, find yourself a lawyer who’ll forgive you some of the expenses. Here, let me give you my guy’s card. (Or as the Toronto Star’s Royson James sees it, ‘principled man that he is’ Doug Holyday took council to court in defence of the taxpayers and his lawyer, equally as principled I guess, ‘forgave’ the councillor $67,000 for fighting the good fight.)

That’s a pretty generous reading, in my opinion. Doug Holyday was conducting city business by taking city council to court and in so doing received a below market rate for the services of a lawyer. Them’s mighty murky waters that makes it difficult to see any principled bottom. 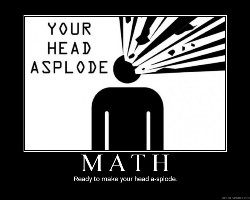 But that just seems to be how this gang rolls. Numbers, whether on their own or with dollar signs attached, add up to different things than they do for most of us. Every taxpayer nickel and dime must be accounted for while the ins-and-outs of who pays what when it comes to running your office, campaigns or legal battle, well, never you mind. Chalk it up to the costs of doing business. As long as we’re looking out for the taxpayers, who cares who or what is helping us do it.