Give It A Rest (In Peace) 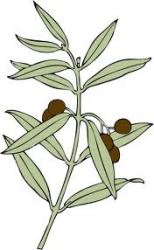 You’re not going to see this happen in these pages very often, a positive shout out to our mayor. It’s no secret we oppose almost everything he stands for. In our post on Tuesday, a commentor wondered if we’d be blaming Jack Layton’s death on Rob Ford. Actually, the thought hadn’t crossed our mind but thanks for planting that seed.

In truth, we were quite touched by the mayor’s response to the sad news. He genuinely seemed moved and upset. I mean, he didn’t immediately send out the graffiti police to wipe clean the chalk tribute that sprang up in Nathan Phillips Square.

Our mayor is not the most eloquent of politicians. He does not think well on his feet. Despite making a name for himself as a councillor, grandstanding in the media spotlight whenever and wherever he could find it, he has proven quite ill at ease in front of the cameras as mayor. So uncomfortable, it’s not even fun to watch.

So it was in his scrum a couple days ago, talking about Jack Layton. But there seemed to be genuine emotion behind his usual discomposure. The mayor appeared touched by the time he spent at council with Layton, disagreements and all. His response to reporters’ questions was heartfelt. He tried to score no political points and there wasn’t so much as a trace of partisanship in the words he spoke.

The same cannot be said about certain right wing columnists and pundits who shall remain nameless. (Hint: one defaces the pages of the National Post while another stitches letters together for the Sun.) Indignant at the ‘spectacle’ made of Layton’s death and the political posturing they saw in the letter written from his deathbed, they weren’t so much dancing on his grave as attempting to diminish his legacy and life spent in public service.

Heaven forbid an olive branch should be extended to an opponent upon their mortal exit. That’s the degree of destructive partisanship our political discourse has descended into. Hell, we’ve even jettisoned Miss Manners rules of etiquette where we’re instructed to say nothing at all if we don’t have something good to say.

I can detest someone’s politics without wishing them dead or denigrating them in death. At least, for a couple days. But beyond as well. I mean, what’s the point?

Ignore the tyrants and maniacs who’ve met their just reward. Dragging Mussolini’s corpse through the public square. Have at it. There’s a certain catharsis to that. I’m talking just your regular political foes and bête noire types.

I was living in California in 1994 when Richard Nixon died. On the day of his funeral a guy I was having dinner with suggested that we head down to Yorba Linda and put a stake through Tricky Dick’s heart, just to make sure he was dead.

We laughed. It was said in private not splashed in newspaper pages and was really a sly political joke since Nixon had been written off as ‘dead’ a few times before and had been resurrected, bigger and badder than before. That’s a whole lot different than the petulant, foot stamping of Christie Bl—

Oops. I almost uttered the name.

There are politicians still alive who I loathe on a political level. Our Prime Minister. Our mayor. Former premier, Mike Harris. George W. Bush. The entire field of Republican presidential candidates. I wish none of them dead, however, nor would I yowl bitterly at any public outpouring of grief when they do die. OK, wait. Dick Cheney. No, no. Not even Dick Cheney. Whatever I may think of the man, he has a family, friends, supporters who would mourn him although I do think that’s purely hypothetical as I’m sure he’s immortal, bringing us the Evil through the ages. But if I’m wrong and Dick Cheney were to eventually die, I might breath a quiet sigh of relief to myself and give the respect owed to those who would grieve his passing.

That I even have to write that in response to the callousness shown in some conservative circles is startling. Since when was basic human decency extended only to those you agreed with? Leave your political views outside the cemetery gates. Try taking a cue in classiness from Mayor Rob Ford.

Yeah, I just wrote that.