If you’re reading this it means that we have retreated to the woods. Our annual-ish withdrawal to the primitive, sleeping in hollowed out logs and defecating in holes of our own making. Replace the grit of the city with nature’s more perfect grime.

But it’s not going to be all rest and relaxation, running naked through the trees, dancing in the moonlight. We will be settling down in earnest to begin beating out our thoughts and aspirations about a little something we’ve been kicking around in our heads. Project 23.

Judging from what I’ve read about the marathon Executive Committee meeting at City Hall yesterday/last night/this morning, actual hands-on democracy has woken up from its slumber in this city. People are afraid. People are angry. People are speaking out. While it may be for the most unfortunate of reasons (the mayor and his gang’s attack on the city they were elected to serve), any up tick in citizen participation can only be a good thing.

We want to be a part of that, to help sustain, to make it impossible for Mayor Ford and his cronies to simply continue to shrug off people’s voices as coming from ‘special interests’ or all ‘union backed’. So over the next few days, we’re going to be brainstorming, fleshing out ideas, writing them down in the dirt at our feet in order to bring them back to begin a wider discussion with anyone interested in protecting everything we love about this city from those who appear to not like very much about it all. 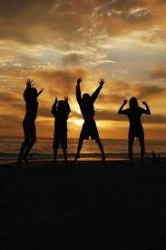 So rest up. Take a deep breath and get ready to keep on keepin’ on. This fight we now have on our hands has only begun.

— beat at retreatedly submitted by Cityslikr