Reading through them a few months, half a year behind, it offers up immediate hindsight. An automatic retrospective that allows for quick judgment as to how well a writer grasped the subject at hand. Instant historical perspective.

So it was as I made my through the Spacing magazine’s Fall 2010 issue. One article in particular caught my attention, Deck the Allen by Jake Schabas. It offered an overview of the Allen Expressway and the various attempts that have been made since the early-70s to integrate what is, essentially, just a false start more fully and functionally into the neighbourhoods it so hideously slices through and divides.

A name jumped out at me as I read the article. Esther Shiner. First elected as North York alderman in 1972, and then the city’s Board of Control in 1976 which earned her a spot on Metro Council where she served until her death in 1987. During the 1980s she also served as Mel Lastman’s Deputy Mayor in North York.

An early proponent of amalgamation way back in the 70s, her enduring claim to fame, however, appears to be her ardent support of the Spadina Expressway. So much so, she earned the nickname, ‘Spadiner Shiner’. When the project got bogged down after it made its initial way from the 401 to Lawrence Avenue, she fought successfully to push it further down to Eglinton where it remains today, known as the Allen Expressway. ‘Spadiner Shiner’ continued to press on with the project even after successive provincial governments and city councils had bowed to citizen pressure to halt it. According to Mr. Schabas, Shiner was also very instrumental in the ultimate auto-centric nature of the Expressway, helping to beat back plans (including one proposed by Buckminster Fuller. Buckminister Fuller, people!) that arose to make the Lawrence-Eglinton section part of a broader development that included parkland, public transit hub and residential and retail space.

Esther Shiner can also be credited with being the mother of current councillor, David. A former budget chief of Mel Lastman, Councillor Shiner was recently in the news for his spiking of the proposed Fort York Pedestrian and Cycling Bridge in late April as a member of the Public Works and Infrastructure Committee. ‘Too fancy’, he thought it, and his motion to deny the city giving final approval on the already approved project sent it back to the drawing board for a proper scaling down. 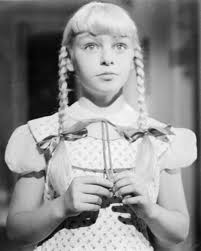 The times have changed, it seems, but the results are about the same, laced though they may be with a lethal dose of irony. Esther Shiner was all in favour of plowing money into bulldozing and disfiguring downtown neighbourhoods to make way for a highway. Her son, David, withholds a miniscule amount of money to halt the building of a bridge that would’ve brought together neighbourhoods now divided by a highway.

Two generations of public service to Toronto, dedicated to draining life from the city one bad choice at a time.