Just four months out of his office, he’s summoned back to public life as Mayor Ford’s interim chair of the TCHC board of directors. Members of said board? One Case Ootes. And by one, I mean one, as in going solo, no other members. Case Ootes est la TCHC est la TCHC est Case Ootes.

But have no fear, we were assured, selling properties wasn’t part of his temporary job description. “That’s not on the agenda for me. I do not believe that is something I’d do.” Yet here we are, less than one month after that claim and Mr. Ootes, acting as judge, jury, executioner and listener of deputations that didn’t have a hope in hell of swaying his ultimate verdict, has recommended city council put 22 TCHC owned, single-family houses on the auction block.

There’s a lesson to be learned here for politicians. Remain vigilant even after leaving office. You can give up your day job and still push through a long held policy. Without all the fuss and bother of having to debate, discuss or even achieve a majority vote because you’re the only one raising your hand.

All while double dipping from the city coffers.

The lesson to be learned from this for everyone else is never believe what comes out of the mouths of modern day conservatives. They simply can’t be trusted. If you suspect them of having a hidden agenda, there’s every reason to be suspicious. It’s usually only hidden for those not willing to accept the dark, anti-social implications of supporting such an agenda.

We should know their playbook by rote. Tap into a base of resentment and fear while downplaying or denying questions and doubts that might linger on about their motives. No, no. Tax cuts don’t mean service cuts. Guaranteed. There’s 10% fat around this place that could go and you wouldn’t even notice. Guaranteed. I’m all about honesty and transparency. 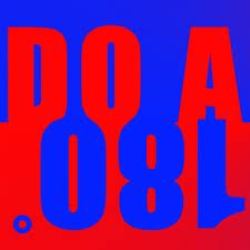 “Ootes says his job is to ensure such practices [alleged inappropriate spending] are an aberration. But any sell-off of assets is the job of city council and the permanent board of directors, not an interim czar.” This from Royson James in his Star column on March 14th. Someone pass Mr. James a napkin so he can wipe the egg off his face.

How many times did we hear about how imperious and undemocratic the David Miller regime was? Hello? I’m talking to you, Sue-Ann Levy. Yet this display of ham-fisted misrule has the mayor’s scribe absolutely braying with delight. If only if only if only the decree of Case the Divine didn’t have to go to city council and get all sullied by the wretched democratic process.

To right wingers, democracy is only convenient when they’re not holding the reins (I so wanted to spell it ‘reigns’) of power. Once they manage to con their way into office, it becomes an annoyance, a bothersome show trial that simply demands they pander to whining losers.

It is to be avoided whenever possible and subverted by any means at their disposal.

Whether it’s good policy or makes sound economic sense to sell the 22 TCHC properties is entirely beside the point at this juncture. The dubious manipulation and ongoing obfuscation that has brought us to where one person has been placed into a position of such power to single-handedly make this kind of momentous decision should be profoundly disturbing to everyone anywhere on the political spectrum. If you’re not troubled by the situation, you just might not be as into democracy as you think you are.