I had a sleepless night last, I must confess. At the centre of my disquiet was a brewing disagreement in my head with our (virtual) friend over at Ford For Toronto, Matt Elliott. I don’t think we’ve ever disagreed on anything and it wasn’t lying easily upon my sleepy head.

Yesterday Elliott linked to a Spacing article written by John Lorinc examining Mayor Ford’s campaign expenses that were submitted last week, stating: I’m no fan of the mayor, but I still don’t see much newsworthy re: Ford, Election Expenses & Deco Labels. But as I read through Mr. Lorinc’s piece, I kept thinking, not newsworthy? How not newsworthy?

Is it because it’s all old news, the mayor’s complicated relationship with his family business, Deco Labels and Tags, and his role as former city councillor and now mayor? A business he’s still actively involved with, apparently? A complicated relationship that for years plagued many of his council colleagues as Ford made his name crusading against office expenses which he rarely-to-never used, and instead paid for such things out of his pocket. This put whatever expenses then Councillor Ford’s actually made out of public view.

Say what you want about the bunny suits and taxi fares that made such a big splash in the press, not to mention provided heavy cannon fodder for Rob Ford’s mayoral campaign against waste and corruption at City Hall, but at least those things became public knowledge. How Councillor Ford funded his office endured no such transparency.

That is not to say he was doing anything illegal or unethical. Council set the Auditor-General and Integrity Commissioner upon Ford back in 2007 to investigate his lack of office expense claims. Their report found Ford (and Councillor Doug Holyday) were not adhering to council policy in terms of reporting expenses but suggested no punishment. So there it remained, with Ford able to continue his battle against wasteful councillor spending right into the mayor’s office while keeping his own financial dealings in the murky waters of non-compliance.

At the heart of the issue is Mayor Ford’s use of his family business while acting as a public servant. We know Deco does work  for the city and has been before Ford was first elected to council back in 2000. The amount seems insignificant and distanced enough from the mayor and his now councillor brother, Doug, to be only mildly unsettling. There is the whole sole sourcing contract in one aspect of the deal that seems more than reasonable and only rankles because the mayor has often railed about sole sourcing regardless that it sometimes is the best alternative.

More disturbing, however, is the mayor’s use of his company to supply his office with materials and services that he doesn’t claim as official expenses. Even if he does actually pay out from his own pocket, he’s paying a company that he co-owns and operates with his family. Doesn’t this represent an unfair advantage for the mayor over his council colleagues who don’t have access to a family firm? Does he get a family discount? If so, wouldn’t that constitute some sort of gift or donation from the private sector? 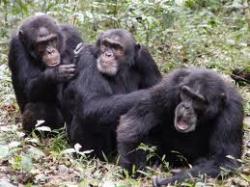 These are questions we aren’t able to fully answer because the mayor as a councillor didn’t claim expenses from the city, so didn’t have to publicly declare where and how he spent his money. Not exactly the transparency he pledged to deliver if elected.

The quagmire further widened and deepened when Mayor Ford went public with his expenses for his successful mayoral run last year, disturbing on a number of levels. Firstly, the mayor blew $400,000 past the $1.3 million spending cap with seemingly no penalty for doing so. Why bother having a limit if candidates can simply ignore it by just assuming the overages? That doesn’t really level the financial playing field.

Secondly, the mayor got elected on a platform of vowing to bring sound fiscal management to City Hall but went into debt doing so. To the tune of anywhere between $640,000-$800,000 before post-election fundraising cleared out most of it. Isn’t that a little unnerving? Or do we just chalk it up to making a personal sacrifice for the common good? Like another fiscal conservative, 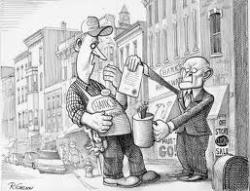 Deputy Mayor Doug Holyday, who is now asking council to pay his legal fees for a case he brought against the city back in 2008 in order to stop it… wait for it, wait for it… paying the legal fees of two other councillors. Initially, Holyday said he was footing the bill but when the city pushed back and strung the case out with an appeal process, well, it all became a little too rich for the deputy mayor’s tastes. Rest assured, good people of Toronto, we’re still saving money in the long run as Councillor Holyday will have finally put this nonsense of paying councillors’ legal fees to bed, once and for all. After, of course, we pay his legal fees.

Even if legitimate, the optics of this are horrible. Just like Kyle Rae’s $12,000 retirement party.

Completely legitimate and above board but arguably the image the mayor and all the fiscal conservatives rode into power on.

Think about it for a moment. Rob Ford pays $150,000 to his own company for election related expenses. Expenses that are then (hopefully) covered by donations from the public. Donations that are then subsidized up to 75% by the city. So indirectly, 75% or so of the $150,000 Deco Labels and Tags made from the Ford campaign is paid by taxpayers. Is that what passes for respect in the Ford era?

The mayor cannot continue to hold the moral high ground on fiscal matters of this city, to scream Gravy Train every time he spots what he deems to be wasteful spending, while he actively participates in the family business that d

oes business with this city, that profits from its business with the city. Regardless of the amount involved or the arms length distance he might have from the deal as mayor. It reeks of hypocrisy and a conflict of interest. The mayor is either a public servant or a private business man. If those two worlds overlap as they do with the city of Toronto and Deco Labels and Tags, he has to decide which one he’s going to be.

It’s time to shit or get off the pot, Mr. Mayor.