It’s standard operating procedure for those over on the right side of the political spectrum to rail about how we non-rightists are always messing with free speech, monitoring what they say with our PC-o-meter. 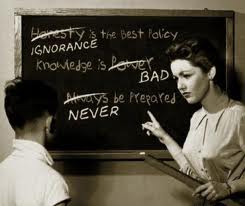 “What do you mean I can’t call the man ‘coloured’? He is coloured! Look. Compare our arms.” Or. “Saying something’s ‘gay’ is not derogatory. It just means ‘different’, ‘odd’, ‘abnormal’. I am not implying homosexuality when I call something ‘gay’. So stop your politically correct clucking.”

Note the tone of umbrage. While we PCers may cluck, the right takes umbrage like nobody’s business. Umbrage, from the French, I believe, meaning, how dare you, sir and well, I never! Umbrage. Beautifully onomatopoetic. Umbrage umbrage umbrage. Umbrageumbrageumbrage.

The Umbrage King®™© of the Ford administration (although the mayor is no slouch himself) is Budget Chief Mike Del Grande. There seems to be nothing that can’t get him hot under the collar or put a bee in his bonnet. His default position to anything that he doesn’t agree with is to take offense with it. He’ll pick up his pad of paper prop, wave it around and demand his critics stop with all the complaining and give him answers. There’s a financial tsunami coming, people! What would you suggest we do?! Give me answers! I’ve been waiting!

Well, Councillor Del Grande, I for one wouldn’t have cut disastrously into the city’s revenue stream by jettisoning the VRT and freezing property taxes simply to cater to the mayor’s populist pandering in hopes of being invited to join Team Ford, thereby undercutting any claim I might have to having fiscal prudence. That’d be my first answer.

The Budget Chief was doing his schtick again on Monday at the Executive Committee meeting during discussions about restructuring the boards of the city’s various Agencies and Corporations. Noting the proposed reduction of councillor presence on city boards made by the City Manager, it was suggested that perhaps this was the first step in Mayor Ford’s bid to cut the council numbers in half. Cut back on their duties and render them superfluous.

Councillor Del Grande kicked into umbrage gear and started rifling through the papers in front of him (perhaps looking for his empty pad), grumbling about such unsubstantiated nonsense. 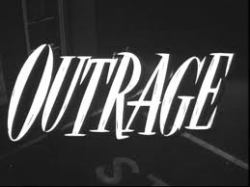 Where’s that written? Who said anything about cutting council in half? Umbrageumbrageumbrage.

It was a similar tack taken by the administration during its bid to gut the board and management of the TCHC a couple weeks back, and install their man, Case Ootes. When accusations of privatization by stealth arose, they were brushed off as just empty fear-mongering, cheap politics. This is about accountability. Who said anything about privatizing or selling off assets? My notepad’s empty, people.

Except that, the mayor mused openly and often about privatizing the TCHC. His brother, Councillor Doug went on record saying, “Anything that isn’t nailed down we’re going to privatize.” Hell, during the budget debate earlier this year, Councillor Del Grande himself said that “everything is on the table” By everything, is it incorrect to assume privatizing and cutting council numbers in half are on the table?

The mayor, if anything, is a man of his word. Mostly. Some of the rough edges he showed while a councillor and on the campaign trail have been smoothed over. But you pretty well know where he stands. He is contemptuous toward the notion of government except maybe having a police force and, I imagine, if a good business case could be made for farming their services out, he’d be all over it.

It is his political mission, his public service, to render the public sector extraneous. To, in the words of Grover Norquist “…reduce it [government] to the size where I can drag it into the bathroom and drown it in the bathtub.” Mayor Ford’s pledge to Stop the Gravy Train is just a slight rhetorical twist, a more acceptable, family-friendly way of saying, Elect Me And I’ll Tear This Motherfucker Up!

We get it. We might not agree with it. But we get it.

So when the mayor says he’s thinking of privatizing this or that, or looking to cut the number of councillors in half, we believe him. He told us that’s what he wants to do. There’s no reason to believe otherwise. So, I think it fair to take the long view of whatever aspect of the mayor’s agenda is brought forth and ask questions. Is this the first step toward privatization? Is this the first step toward cutting the size of council in half?

Those who attempt to brush such questions off as merely fear-mongering or simply take umbrage, lack the courage of Mayor Ford’s political conviction. This isn’t about privatization, they’ll grumble.

Who said anything about reducing the size of council? This is about money. We are living beyond our means. We. Can’t. Afford. It.

Stop hiding behind a manufactured financial crisis and man up. Be like the mayor and step forward and tell us what you really believe. Spare us the mock outrage, the umbrage, at suggestions that your high-mindedness and common sense is anything other than an anti-government crusade. The mayor’s embraced that stance. Why can’t you?