When I’m Finished With This Can We Just Move On?

Against my better judgment — which is how I roll pretty well all the time and makes for never a dull moment in my noggin — I’m going to weigh in briefly on the recently released councillor expenses for the last 3 months of last year.

By doing so, I perpetuate a story that should, ultimately, be a non-story. Thus, do I become one of those people I hate. But self-loathing is par for the course in these parts.

As Jonathan Goldsbie pointed out in a link to his article in Spacing, at least this year the Toronto Star didn’t feature councillor expenses on the front page as they did last year. The difference? I’m guessing in 2010 we had an election. Stories of rented chipmunk suits and excessive taxi rides had much more traction especially when you’re bound and determined to push the anti-incumbency narrative which much of the media helped generate. Which makes me that much more baffled at the continued anti-Toronto Star sentiment that runs rampant throughout the Ford administration, on display again recently with Budget Chief Mike Del Grande’s petulant letter to the paper yesterday. The Star may well have been pushing George Smitherman as its preferred candidate for mayor but their help in establishing the highly charged anti-City Hall, anti-David Miller sentiment with the electorate created the toxic atmosphere that Rob Ford thrives in. That they miscalculated how well Ford would run with the ball should hardly be held against them.

Who did? The Star was an important part of the offensive line that blew the hole wide open for the Ford Express to barrel through.

I love it when I can bring in a football analogy when talking about the mayor. It distracts me from the task at hand and allows me to get all postmodern, analyzing the thing I don’t want to write, further distracting me from writing it. Is that what postmodern means? It’s always been a slippery term for me. Like irony.

The thing is, this whole councillor expenses hullabaloo really should be a straightforward non-issue. Either we want our councillors and mayor to be just like Rob Ford, never spending a dime of taxpayer’s money outside of a salary which means one of three things as far as I can tell. One, they don’t engage their constituents above and beyond anything more than phone calls. How can I help you? OK. Done. Pure customer service. Nothing more. Two, only those with enough money can serve. They do the things other councillors do but using their own money. Leading to number three, our elected officials never have to explain where their money comes from and so we never know whom exactly they are beholden to if anyone.

Or we establish how much we think councillors should have as an expense account, set up rules on what they can or cannot expense and get on with running the city. 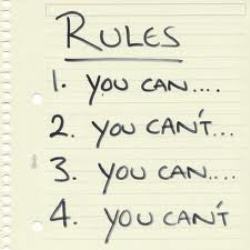 We don’t like the fact that a councillor spends nearly a third of his office budget on his phone plan? Break down the rules further. This much on communications. This much on catering for community events. It’s not rocket science, folks. Unless, of course, a local councillor is hosting some sort of science fair that features rockets.

Why do we insist on tying ourselves up in knots about this? In the scheme of things, those things being nearly a $10 billion budget, it’s such an infinitesimally small amount of money we’re talking about here. The only ones who benefit from protracted discussions about them are those believing that any amount of money spent by government is, by its very nature, bad. Frankly, those are the last ones I want making those kinds of decisions.

So now that I’m done talking about, can we all just move on please?