Talk is brewing of some sort of middle ground bubbling up from the rancorously partisan divisions at City Hall. Over at Spacing yesterday, John Lorinc wrote of the Gang of Six; six new councillors who didn’t hue to strict left-right voting patterns during the protracted special council meeting called by the mayor last Wednesday to de-board the TCHC. While Mayor Ford comfortably triumphed on the main issues of the evening, some cracks formed on side motions and amendments that showed the administration doesn’t hold an iron grip on a majority of council.

So as we move forward from what everyone’s referring to as the low-hanging fruit that the mayor’s been successfully bashing away at – and yes, as complicated an issue as the TCHC imbroglio was, its treatment by city council and the press made it a big ol’ low-hanging, over-ripe fruit – and onto more challenging matters like, say, garbage privatization, selling off of city assets, further and deeper cuts to things like the TTC, things may not go as swimmingly the mayor’s way. What happens when things become much more contentious not just between right and left but for those trying to navigate the bipartisan, middle way? When the mob’s frenzied, anti-government bloodlust is sated and people start looking around and realizing, wait, you’re cutting what? That wasn’t part of the deal.

Will the so-called tug-of-war between the left and right on city council become less one-sided with the current winners, Team Ford, having to learn how to be conciliatory instead of confrontational?

Is this administration even capable of such a gesture?

It seems hard to imagine not just because the mayor’s been so heavy-handed since taking office but his decade long career as a councillor points to a pathological inability to get along with those he doesn’t agree with. His is a black and white world, and consensus is deemed a sign of weakness. You’re either with him or against him. If you’re against him, it can only mean that you’re a socialist. Or worse.

The problem with the debate so far is that it’s being painted in terms of this radical view of Mayor Ford. I am hard pressed to think of any current (or recent) councillor who veers as hard left as the Fords veer hard right. Yes, City Hall was called Silly Socialist Hall under David Miller. By Sue-Ann Levy who shares the equally skewed opinion with Mayor Ford and his brother that anyone to the left of them is a…

how did she describe it in a recent babbling rant? “…gravy train-enabling, public teat-sucking, union-loving… leftist hangers-on and despicable leftist hypocrites.” The mayor himself back in the day when he was still a councillor referred to the Globe and Mail as a ‘socialist newspaper’ in the now infamous Fat Fuck video that he starred in with Giorgio Mammoliti and John Barber.

The Globe and Mail. A socialist rag.

This current council does not suffer from a deeply divided left-right cleft. It is all about the far right versus moderates. The question is, under the baleful, full court press of the mayor and his team, can a genuinely moderate group of councillors emerge and start holding sway come vote time?

Let’s start with the six Lorinc mentions, Councillors Bailão, Berardinetti, Colle, Matlow, McMahon and Robinson. If they consistently voted with the 16 or so who regularly oppose the mayor, they’d still come up 1 short of a majority. Councillors Chin Lee and Ron Moeser have not been slavish in their devotion to Mayor Ford, so they couldn’t be ruled out as allies in this enterprise.

That still leaves this group precariously dependent on everyone dutifully following suit which, it seems, only the mayor can count on currently.

So to cobble together a more comfortable consensus, you’d have to look to chip away at that wall of unflagging support Team Ford now can count on to push his agenda through. Discounting the new councillors Crisanti, Crawford and Pasternak who have cast their lot in with the mayor and mortgaged their future on his continued popularity… oh, and his brother, Doug, the mayor’s political Siamese twin… there are 16 councillors who all worked with Mayor Ford when he was a councillor. We know they all didn’t share his views or votes back in the day. In fact, it would be interesting to figure out what kind of common ground they shared with the mayor while serving as councillors together. (Paging Ford For Toronto! Paging Ford For Toronto!)

Surely a handful of these could be counted to buck the mayor if a reasonable centre began to take hold. Giorgio Mammoliti, once sworn enemy of Rob Ford and a fair-weather friend if ever there was one. Nobody else can do an about-face political pirouette like he can. 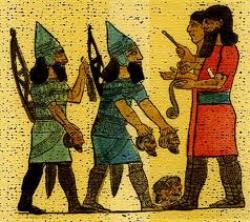 I’d put Karen Stintz in a similar camp. Gloria Lindsay Luby has already opposed the mayor on an amendment during the TCHC debate. As has Frank Di Giorgio on occasion. Denzil Minnan-Wong and Paul Ainslie both smack of opportunists. Councillors John Parker, Michael Thompson, David Shiner and Norm Kelly seem like they’re capable of independent thought and/or can’t be considered hard core ideologues. Think about the sweet revenge, Councillor Peter Milczyn, if you helped make the mayor irrelevant after he tried to unseat you in October.

The fact is, Mayor Ford is irrelevant when we’re talking about finding middle ground. He doesn’t know how and wouldn’t be interested if he did. As Lorinc pointed out in his Spacing piece, the man voted against amendments to the TCHC motion despite them being right up his alley in terms of oversight simply, it seems, because he didn’t like who brought them forth, Councillors Shelley Carroll and Adam Vaughan which, if true, is nothing but spiteful, partisan politics. You can’t find a middle way with that.

In order for this council to find a moderate, middle-of-the-road consensus, Mayor Ford will have to be sidelined. While I realize that is easier said than done as he holds a lot of high cards, it is worth remembering that despite his claims to having a mandate, nearly 53% of Torontonians didn’t give him one. It is those folks you should be afraid of not the mayor.