Just perusing the Auditor General’s report about the shenanigans going on over at Toronto Community Housing Corporation (TCHC). The 2 titles of the document say it all, pretty much. Procurement Policies and Procedures Are Not Being Followed & Controls Over Employee Expenses Are Ineffective. Yikes! It is grisly, grisly reading, no question. Made worse by the fact that TCHC is responsible for some 160,000 tenants throughout the city, most of whom… “are households with low or moderate family income, seniors, refugees and people with special needs.” They might as well have been eating bonbons ($1000 from Holt Renfrew) right off the sweaty, bed bug bitten backs of the poor.

It is grist for the Mayor’s mill to grind. Gooey coal to feed his Gravy Train and all that. But here’s a few things from the report you probably won’t be hearing from the mayor’s team over the next few days.

1) This is a report that was initiated under Mayor Ford’s predecessor, the free spending David Miller. So it’s not dirt uncovered at the behest of our current mayor although he will undoubtedly exploit it to his advantage for all it’s worth.

2) The Auditor General says that there were rules in place already to deal with the questionable financial practices (questionable but not illegal, it is important to point out) but that the rules were routinely ignored and flaunted. Which is not good but some of those responsible for this lack of oversight have already been terminated, hopefully without too much extreme prejudice, a new CEO installed, process has begun to restore the proper chain of command and to seek redress and repayment of improperly allocated funds.

3) TCHC received some $304.4 million in funding from the city in 2009. That was roughly .0349885 of the total operating budget that year. In his report, the Auditor General suggested with better procurement practices, TCHC might’ve saved anywhere from $4-$10 million. While uncertain of the numbers in terms of dubious employee expenses, it was very likely in the hundreds of thousands of dollars. But I’ll tell you what I’m going to do. Give the AG his high number from the procurement estimates, match it with questionable employee expenses which is wildly inflated, just so you know, and that ends up at $20 million. That’s .065703 of the money TCHC received from the city and .0022988 of the total 2009 operating budget.

I am not sneezing at the money here. Clearly, it should’ve been applied properly to areas of true need. No question. But it is hardly the runaway gravy train the mayor likes to portray city agencies as being. And it will hardly help him substantially when he goes to try and balance the budget next year.

There is no way to put lipstick on this particular pig. It’s ugly. But to use the report simply in order to further purely ideological politics rather than a self-correcting guideline is most certainly not an example of good government. Let’s use it as an opportunity to fix something that’s broken.

I really wanted to write about the mayor’s 180, the complete reversal of his entire campaign m.o., in the letter he sent to the province’s finance minister, Dwight Duncan, last month and revealed in the pages of the Toronto Star today. 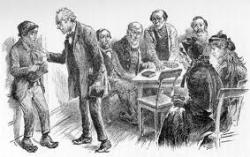 It seems our mayor, he who insisted that the city had a spending not a revenue problem, fired off a missive asking that the province pony up $150 million to help the city plug some projected shortfalls in next year’s budget. This year’s OK because the previous council left behind a healthy surplus after driving the Gravy Train all the way to Excessville and back again. Next year, however… Brother, can you spare a dime?

This revelation comes just days after the mayor voted against taking provincial money for STI screening and awareness because, well, I’ll let the Mayor Ford speak for himself. “Everyone says it’s provincial money. No. It’s taxpayers’ money. So, you know what? In the big picture, they say it doesn’t cost the city a dime. Well, it costs people money…” So, it’s not ‘provincial money’ when it comes to fighting sexually transmitted diseases but it is ‘provincial money’ when the mayor needs it to cover his fiscally inept tracks. Is this what you might call straying from the message or is that the mayor’s message is corrupt to its very core?

But that’s not what I actually sat down to write about. I wanted to get out ahead of the Auditor’s report (even perhaps by the time this is posted) detailing the ugly spending going on over at the Toronto Community Housing Corp. which, rumour has it, will be chalk full of all the Gravy Train evidence the mayor and his team railed about during the campaign.

The prospect already has the mayor’s brother salivating. “Everyone keeps coming up, yourself too, where’s the gravy? This is just scratching the surface,” Councillor Ford said Sunday. “There’s some damning things in there. It’s just disrespect for the taxpayer you know having big parties on the backs of taxpayers and not proper procurement practices. It’s pretty scathing.”

My bet is we’re going to see a boatload of bad optics with juicy pieces of ill-advised spending practices that will be more embarrassing than they are lucrative in terms of filling city coffers. In other words, the exact scenario that got Mayor Ford elected. The exact scenario that will offer little assistance in helping the mayor deal with his ballooning budget woes.

That’s not to suggest I’m an apologist for government/bureaucratic waste or unnecessary extravagance. This is why we have an auditor’s office in the first place. To provide oversight on how City Hall and its various branches handle the finances of the city. It audits and reports its findings. What it uncovers will, at times, be ugly.

But unless today’s report reveals massive fraud and illegality, just how twisted should we get in our knickers? Will the auditor-general find millions and millions of misspent dollars that could’ve helped the city better balance its books? Hardly.

It sounds as if it’s all penny ante stuff. The nickels and dimes that drove candidate Ford and his following so nutty.

Which brings me to the point I’ve been trying to get to oh-so many paragraphs ago.

What price are we willing to pay to those whose job it is to run, manage, administer, oversee our city’s agencies, corporations and sundry holdings? Should we demand complete austerity and count on a voluntary civil service, doing it out of the goodness of their hearts? Or how about taking the average income of those a governmental agency assists and use that as the rate of pay. How much is too much, the level at which it counts as hopping aboard the Gravy Train?

Certainly it is terrible optics, spas, dinner cruises, manicure and pedicures especially since we’re talking the TCHC with its long waiting lists, crumbling infrastructure and unfunded bed bug issue. It strikes one straight at a visceral level, bypassing sober second thought completely. You immediately throw your hands onto your head and scream, what were you thinking?! It just serves it up to meat-and-potatoes neocons who seem entirely comfortable with the fact that they went after the same organization 5 years ago and came up with bupkis. 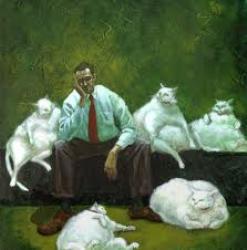 The fact that they’re going to use anything they find in this report to flail you publicly. Why provide the ammunition?

Is that how our bureaucracy should be forced to operate, ever vigilant about drawing council and the public’s ire? The simple answer is, yes. Yes, they should. And that’s why we have the office of the auditor-general.

Still, we shouldn’t have a bureaucracy afraid of its own shadow. There should be rules in place, a list of do’s-and-don’t’s that are easy to follow and leave little doubt about how and where to spend money. My sense is, such rules already exist and we’re going to witness the process play out this afternoon.

For those still believing in the existence of a great gravy train that needs derailing, it will be proof positive that City Hall needs a massive overhaul. I would like to think that when the great hue and cry of outrage recedes, reasonable measures will be taken to fix anything that the auditor deems to be broken at TCHC and we will move on to matters that are truly problematic. Like say, the province’s outright dismissal of Mayor Ford’s massive ask.