The sins of Friday night are visited upon a Saturday afternoon as I found myself in the passenger seat of a friend’s car. Let’s call him ‘Steve’ because that’s his name. 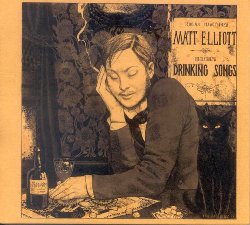 My friend, that is, not the car. We were on an errand run that Steve claimed I agreed to participate in sometime after the Glenmorangie had run dry and we were trying to convince ourselves that the Crown Royal was just as good.

I do not own a home because I do not have any interest in doing ‘errand runs’. That, and I am a terrible credit risk. We’re talking ultra-risky. Unsuitable for one of those subprime mortgages they were throwing around down in the States a few years back. It all started with an outstanding phone bill, most of which wasn’t mine, and pretty well snowballed from there.

But I really do hate errand runs and yet, there I was, running errands in the passenger seat of Steve’s car on a Saturday afternoon. 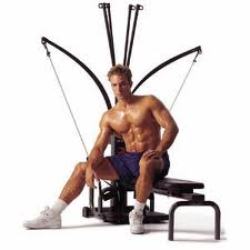 He was determined to finish up the exercise room in his basement so that he could finally unpack his Bowflex that had arrived, he’s claiming just a few months back. I’m pretty sure it’s been at least a couple years.

Judging from the traffic, we were not alone on our errand run. The roads were unbelievable. How do people do this, I asked Steve. Grind out traffic Monday to Friday on their way to and from work, and then this again on Saturday? That’s a whole lot of your life spent behind the wheel of a car. No wonder society is so marked by anger and frustration. This is no way to live.

It got a whole lot worse as the wet snow started to fall just around the time the sun set. No noticeable reduction in speeds while lane jockeying increased. Space between cars misinterpreted as invites to cut in rather than a safety buffer.

Did that dude just blow right past the streetcar’s open doors?

Perhaps things seemed more precarious than they actually were because Steve was skidding about in his all-weather tires which, of course, precipitated a heated discussion between driver and passenger. I don’t even own a car and I know that all-weather tires mean all weather except for winter. Unlike that $40 package of 4 season furnace filters Steve bought at Lowes where the summer filter seemed a bit superfluous to me, winter tires aren’t really gimmicky.

“We don’t usually get that much snow in Toronto,” Steve yelled at me. “Yes, but when we do,” I yelled back, refusing to turn down The Cult-like song we were listening to on the radio so that we might have a more cordial discussion on the matter, “you don’t take your life into your hands every time you drive.” Steve just gave me the finger and turned the music up louder.

Along with increased errand runs, driving and car culture just encourages bad behaviour. It gives those who participate in it on a regular basis a misguided sense of entitlement. They live a life full of rage and unchecked aggressive tendencies. We will never build better societies until we diminish our dependency on the automobile and accept the fact that they make us despicable people.