So the bad news just keeps flowing in for Toronto. Last week, the British Council’s OPENCities project ranked Toronto the third most “Open” city in the world. 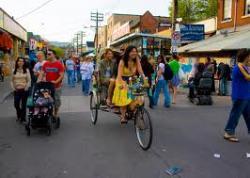 Yikes! What did we do now?

Apparently, measuring an “Open” city consists of looking at factors including diversity policies, quality of life and education to determine “… the capacity of cities…to attract and benefit from international populations…” Of the cities participating, only London and New York fared worse than Toronto. Having elected Team Ford, at least we’ll be trying to rectify such shortcomings.

“Openness is a real advantage for cities if they are pursuing plans to be internationally connected and play international roles. Whilst some of the factors influencing openness are beyond the direct control of cities, many of these factors are well within the control or immediate influence of city governments:

the city’s identity and character; its education, housing and cultural offer; the kind of local democracy it practices and the forms of participation it encourages.”

Then RealNet Canada pops up to tell us that new homes sales in the GTA last year increased 8% over 2009 and that the condominium market jumped by 30% during that time. “Interestingly,” George M. Carras, RealNet Canada’s President says, “the Downtown West submarket accounted for almost one quarter of the GTA’s total new condominium sales.” Oh no! Only a quarter?! Repeal that Land Transfer Tax. Stat!

Worse yet, 905 outpaced 416 in total sales, 55% to 45% last year although the RealNet report claims new home development in the City of Toronto continues on an upward trend, “…almost double what it was ten years ago,” says Mr. Carras. 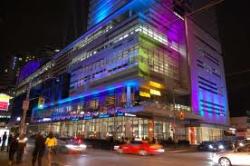 Clearly, this is a city that has been mismanaged and misruled for too long. Our politicians know it. Our media knows it. All right thinking citizens know it. Now, even outsiders and the “experts” like the British Council and RealNet Canada with their studies and data know it too.

The secret is out. Toronto’s a terrible place to live, work and play. Pass it on.