To all those sounding the alarm loudest and earliest about the prospect of a Mayor Rob Ford administration during last year’s municipal election campaign, we are truly sorry. While in no way could we have been viewed as sanguine about the possibility of Ford ascending to the office, we ultimately concluded that he would do less damage to the city than his right of centre rivals. Our thinking was based on the fact that as a councillor, Mr. Ford had developed no constituency on council and even less credibility. On the hustings, his constant braying about all the corrupt practices his colleagues engaged in behind closed doors couldn’t have made him any friends at 100 Queen Street West. Ford was a lone wolf, far more often than not on the losing end of votes. We reasoned that he’d have less ability to bring together a working majority to enact his radically right agenda than would, say, George Smitherman who’d be assuming the mayoralty with more or less a clean slate.

In short, we misunderestimated the power of the mayor’s office. Or, more precisely, we failed to realize just how flexible, let’s call it, a good chunk of council members would be in the face of the bluster and chest-beating that began emanating from Team Ford soon after their man was sworn in. The new mayor claimed he had a mandate which appears to be all a majority of councillors needed to hear and they handed it over to him, no questions asked. Would you like your shoes shined with that, Mr. Mayor?

We were wrong. We dropped the ball. Wish we could have a do-over. Nous nous excusons.

On the plus side, has there been a local politician who has drawn a line in the sand so deeply so quickly? Who’s so enthusiastically performed a cannonball into the deep end of the partisan pool and declared so explicitly that you’re either with him or ag’in him? 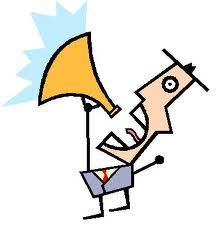 Who has surrounded himself so thoroughly with people who think just like he does, who sees the world exactly as he does?

If the mayor is unprepared to offer any sort of olive branch of compromise to those not sharing his stunted view of the role of government, why should the onus be on his opponents to do so? Yes, the mayor holds a mitt full of high cards in his hand. He sets the agenda and his wish list takes priority. But the power of the office ends there. There is no special fiat declaring mechanism that is the sole privilege of the mayor. Despite what you may read in our newspapers, Mayor Ford cannot simply make a regal pronouncement, clap his hands and proclaim, “Make It So!”

We on the left side of the political spectrum have a terrible habit of trembling and bowing down before the bellowing triumphalism that inevitably follows a right winger’s win at the polls, no matter how close a race or dubious a victory.

I’m thinking George W. in 2000 and again in 2004. Stephen Harper and his 2 straight minority governments, bestriding the narrow world like a Colossus. And we petty men walk under his huge legs and peep about to find ourselves dishonourable graves (h/t W.S.) So far, too many of our city councillors have willingly rolled over onto their backs, ever hopeful for an affection rub of their tummies from the mayor. It’s a prone, vulnerable position that is usually taken as a sign of weakness and dealt with accordingly.

Granted, as Eye Weekly’s Edward Keenan noted a couple weeks back, the mayor’s had his way with the council on no-brainer issues (rightly or wrongly) like office expenses, the VRT and making the TTC an essential service (a decision that ultimately is up to Queen’s Park to make). “… low-hanging fruit,” Mr. Keenan wrote, “the bread and butter of Ford’s election campaign and, to any honest observer, the extent of his mandate.”

But it’s given the mayor an air of indomitably and allowed him to dig in at the plate and sit on the next fat pitch he can try and go yard with.

So already this early in the game, it’s time to brush the mayor back a little. Throw some high, stinky cheese under his chin. Maybe even fire one behind him, get under his skin and rattle him. If he isn’t prepared to play ball, why should his opposition? He’s clearly chosen the path of divisiveness and conflict with no eye for compromise and accommodation. It’s a winner-take-all mentality, and the quicker Mayor Ford’s disabused of the notion that he’s always going to come out on top in that struggle, the sooner we can get on with the proper give and take of municipal governance.