Its [New Orleans) frauds and farces represent some of American’s worst excesses and affronts. But, day by day, year by year, New Orleans also conjures moments of artistic clarity and urban transcendence that are the best that Americans as a people can hope for. That is, if we who bare witness to them are not too jaded, too spent, too stupid to recognize them for what they are.

I’d hardly think to offer a thoughtful analysis of the city of New Orleans after a quick jaunt there that left me less full of insight than it did life threatening fatty foods and rum induced bleary-eyed incoherence. But its future fate is something anyone interested in urban affairs should watch with keen interest. The dynamics that once made the city a cultural touchstone – race, economics, an international port of call – are currently undergoing highly charged changes that are either necessary for its survival as a vital, forward looking city or nothing short of an ethno-class cleansing.

Or do such divisions have to be so starkly drawn?

The worry to some is that, post-Katrina, New Orleans simply becomes a gentrified tourist destination. A Cajun Orlando where the world comes to party like they’re all still college undergrads and watch the inhabitants perform nothing but past glories. Play When the Saints Go Marching In again while I eat a bag of beignets, will you? Museum New Orleans, monument to past glories.

There’s little room for innovation or adaptation within that framework. New Orleans as it was not how it could be. If you’re not part of that (re)vision then there’s no place for you in the new New Orleans. Play music. Wait tables. Deal blackjack. Hail taxicabs. If you don’t want to be part of that, well, there are other cities in other parts of the country that you can move to. Here, the past is the future. Minus, of course, the unsavoury, unpleasant bits.

That’s all too harsh and in no way so black and white. But it is a struggle that we should all be aware of, not just in New Orleans, but wherever we live. 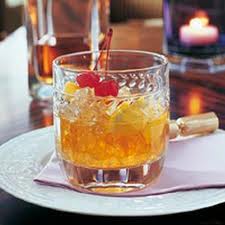 How do we embrace those things that made our homes, neighbourhoods, communities livable, vital and, in some cases, great without smothering them or not allowing for new ideas and approaches to help bring about necessary improvements to all our lives? Building on the past instead of plaster casting it and elevating it on a pedestal to be gazed upon but not touched.