My Endorsement For Mayor: HiMY SYeD. 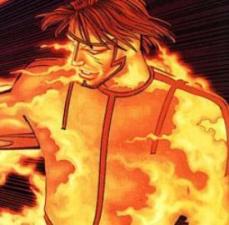 He calls himself The Peoples’ Mayor. It is not empty campaign rhetoric. As Mr. SYeD correctly points out, this race has been all about things. Tax cuts, subways and gravy trains. Where are the people?

Semantics, you say? A little, perhaps. But our front running candidates have all been talking about what they are going to do for people, to people. HiMY SYeD talks about what he’ll do with people. Civic engagement sits at the very core of his campaign. While Mr. Smitherman has attempted to buttress his left flank by rolling out the likes of John Sewell and David Crombie as his emissaries on the local democracy front, HiMY SYeD represents the very essence of it. Inclusion isn’t something he’ll seek to do as mayor, a single plank in his policy platform. Inclusion is the engine that drives his candidacy.

The sad irony of that is just how excluded Mr. SYeD has been during the course of this campaign. No bigger travesty manifested itself over the last 10 months than how independent voices – not just HiMY SYeD – were so summarily and systematically shut out. Well into the proceedings, with a majority of Torontonians expressing immense discontent with the gang of 6, then 5, then 4, then 3 candidates on offer to them, no one with the power to do so thought to address those concerns. 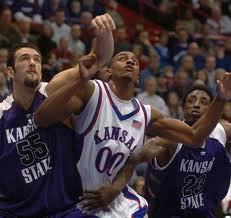 Not anyone in the mainstream media who could’ve simply said (after a quick look at Mr. SYeD’s campaign material), what the hell, let’s try this one on for size. Instead they held onto the term ‘fringe’ right to the bitter end. Not any of the front running candidates who could’ve flashed a sign of selflessness to the electorate by demanding a seat at their debate table for HiMY SYeD. Choosing their self-interest above the interests of the general public, and letting us know in a not very subtle manner exactly the kind of mayor they will be.

Mario Cuomo, a leading candidate of ours in the Best President of the United States Who Never Was race, said “You campaign in poetry. You govern in prose.” Well, HiMY SYeD was our bard in campaign 2010. In a wave of turgid, uninspiring, squalid, vacuous words, he spoke to us, no… dare I say it? Fan by brow. I do declare we find ourselves becoming a little flushed… sang to us in beautiful, elevated language, with his vision of empowerment and hope.

Because of HiMY SYeD I now know about a place called Curitiba, Brazil and its former mayor, Jaime Lerner. Curitiba was a city facing much more dire problems than Toronto is (or will even come close to having to face regardless of Monday’s election outcome) with much fewer resources to deal with them. 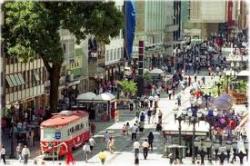 But with the guiding hand of Jaime Lerner the city transformed itself into a modern urban centre, brimming with innovative ideas on public transit and sustainability.

Because of HiMY SYeD I now know about a man named Jeb Brugmann and his book, Welcome to the Urban Revolution. I now know how little I really do know about how cities function, develop and grow (and somewhat depressingly, I realize just how little many of our candidates running for municipal government know about new urban ideas as well). But I also now know that there are many smart and original thinkers and activists, contributing mightily to the public discourse. HiMY SYeD is one of those people.

Most importantly, because of HiMY SYeD I have not grown disenchanted or disillusioned about the political process or prospects here in Toronto despite overwhelming proof and evidence that I have every right to be one or both of those things. Witnessing his resilient spirit and indefatigable sense of civic duty in the face of shameful inattention and even hostile disregard on the part of serious opinion makers, buoys me with hope and resolve. In this campaign, the battle for the heart, soul and mind of Toronto has been rancorous, divisive and not a little disheartening. 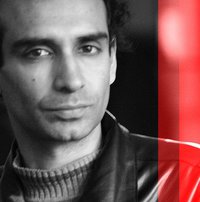 Unless the unexpected happens on election day, it certainly doesn’t promise to be any less so as we settle back down into trying to build a better city.

I want to be part of that because I know HiMY SYeD will continue to soldier on and contribute to the ever evolving urban fabric of Toronto regardless of the outcome on Monday.

The lunatic ravings of a cock-eyed optimist, blind to the realities on the ground? Nope. I’ve thought long and hard about this and am fully cognizant of the repercussions of my decision. While I always vote in the hopes of casting my ballot for the winning candidate, that urge must be tempered with the fundamental reason we participate in the democratic process in the first place. To publicly declare what kind of city (province, country) we want to live in. Let it to be known here and now that the kind of Toronto I want to be part of is one where HiMY SYeD is mayor.

My heart tells me it’s a vote for 2010 but my head says 2014 and the future. But the future will actually come much sooner than that. October 26th, to be precise. 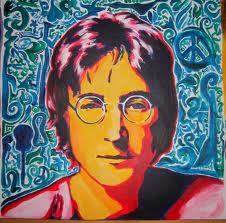 When we wake up to see what we’ve created and a majority of us won’t be at all pleased. The work to make it right will begin immediately. HiMY SYeD will be there, on the frontlines to battle back those forces who will be bent upon, will believe they have a mandate to pull apart everything that has been accomplished over the last 7 years.

That’s a fight I want to be a part of and which is why I, Cityslikr, am endorsing HiMY SYeD for mayor of Toronto.

This entry was posted on Sunday, October 24th, 2010 at 11:33 am and is filed under Elections 2010, Municipal Politics, Press coverage, Race 4 Mayor. You can follow any responses to this entry through the RSS 2.0 feed. You can leave a response, or trackback from your own site.